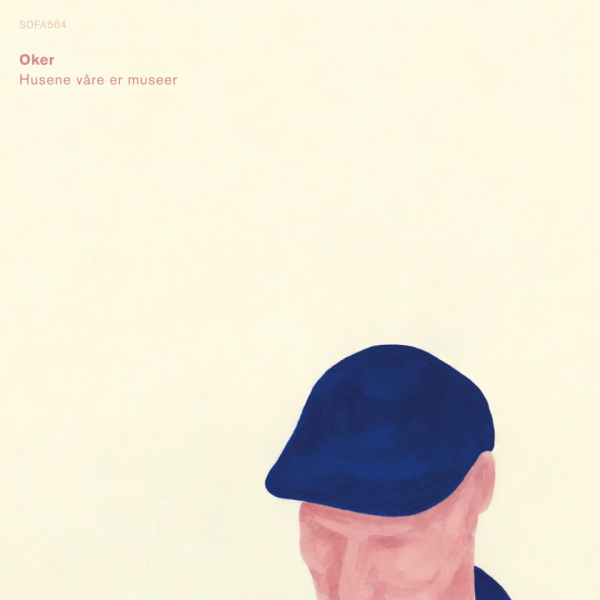 Oker are a four-piece of players from Oslo who have been active since 2014. They’ve evolved a nifty acoustic and open-ended sound from their instrumentation (trumpet, guitar, bass, drums), and even if there has been a turn towards adding electronic elements to the equation, the album Huses Våre Er Museer (SOFA MUSIC SOFA564) is all-acoustic. That’s almost a classic jazz set-up right there, by which I mean instrumentation which any given small-group post-bebop jazz ensemble would have recognised as they made their way into the Atlantic recording studio under the watchful eye of Nesuhi Ertegun. But Oker detourn any familiar notions of jazz (or free improvisation) sideways with their innovative approach. For one thing, the aim is to confound composition with improv, and on these 7 cuts it’s never clear when it’s a through-composed piece with a score, free playing, or some sort of halfway house which involves the age-old “framework” plan which allows a degree of freedom and interpretation to the players.

Secondly, they have this “airy” texture to each piece, plenty of space as it were hanging between the notes, such that the listener almost feels they could insert themselves into the playback as easily as a butterfly in a room full of soap bubbles. But the bubbles keep moving and changing. Maybe this is what the world of the sub-atomic structure will look like, when science finally finds a way to shrink the human race to the size of a proton or quark. Oker create pleasing blends, apparently based more on surface textures and effects (especially percussive effects) than on actual distinct musical notes. This does sometimes result in rather vapid “mood” music at times, but it can also create subtle but strong tensions and dynamic shapes.

The four players are Adrian Fiskum Myhr, Jan Martin Gismervik, Torstein Lavik Larsen and Fredrik Rasten. They all play or have played in a ton and a half of contemporary Norwegian bands, some of them straddling rock and jazz, and only a few of the names of these are familiar to me – e.g. Monkey Plot, Wolfram Trio, and Skadedyr. Evidence once again of the fertile music activity in Norway just now. From 19th January 2018.