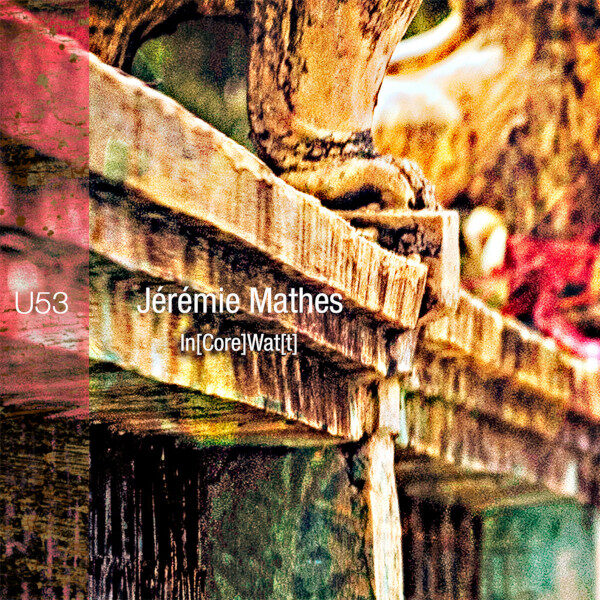 For the past three years Jérémie Mathes has been living in Cambodia where he has been visiting various Buddhist temples and pagodas in different parts of the country, mainly in Phnom Penh, and Siem Reap, Battambang and Kep provinces, making field recordings within these institutions and in their immediate surrounds. The result is this surprisingly dramatic and complex collage soundscape in which the various recordings are layered over one another. In spite of the restless and constantly changing nature of this sonic tapestry, the dominant mood throughout is calm, even relaxing. This applies even when one underlying soundtrack here is daily life as lived by the people Mathes met: conversations, a crackling radio or TV set, the sounds of people working or playing music (actual music or playing radio music, I can’t actually tell) and what seems to be a train accelerating away. Birdsong and the sounds of other creatures may be heard as well. The soundscapes are often veiled in a mist of soft noise or actual rain shower that seems to soften any jarring or unpleasant sound.

No matter how much the original field recordings differed from one another, and had seemingly nothing in common – if anything, Mathes seems to have selected particular recordings on the basis of their contrasts in relation to one another – he presents the material in a way that stresses the unity of life in Cambodia. Perhaps the Buddhist orientation of the culture in that country and how it has influenced the character of the Cambodian people and their values and outlook on life, how it may have helped them to survive foreign rule, war and invasion, chaos and genocide, has made a deep impression on Mathes. In the cacophony of modern life and Cambodia’s struggle to raise its people’s standard and quality of living, to eradicate poverty and to maintain political stability, a serene attitude may be found. Listeners would do well to adopt such an attitude while listening to this recording, to fully appreciate the richness, complexity and dynamism of what Mathes has created here. Life is in constant flux, what may seem real now will not last long, and in embracing that principle, people embark on the path of finding true meaning and purpose in life.