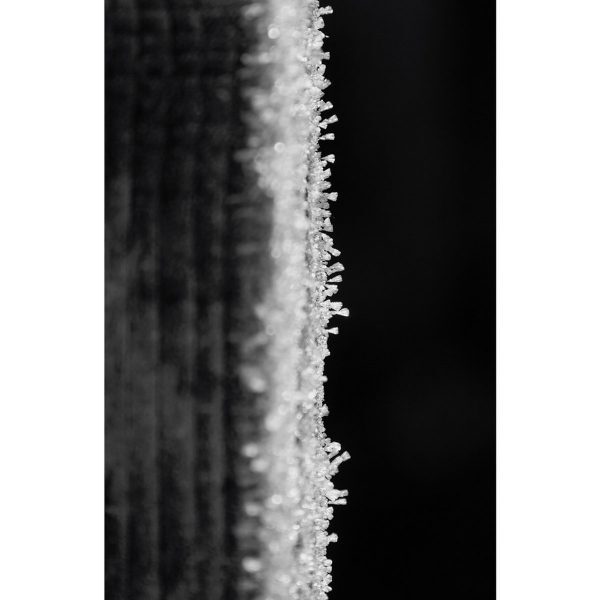 Dirch Blewn is London artist David Bloor and he first alighted his bird-like passage on our tramway with a CDR for Linear Obsessional called Axis. On strength of that one alone Dirch seemed to cement a place in my noggin, not just because of the uncanny and mysterious sounds but also his dogged insistence on remaining mysterious and veiled about his methods, without once standing accused of the sort of “mystification” which Cornelius Cardew once accused Stockhausen of exemplifying in some counter-revolutionary way. Dirch recently sent us a cassette on the Soft Error label (which has also released work by Phil Maguire, a micro-sonic type not a million miles away from the turf Dirch makes his own). Where Axis was mostly about the Plumbutter system, Care Work (SE 06) is about a robot. A robot which was invented and built by David Bloor. Given his special relationship to machinery – just look at his response to my remark about Dyson vacuum cleaners – he could not help but name the robot Leonard. In 2016 Bloor stayed for a few days in Flat Time House in London, and took Leonard with him. This tape documents some of the antics of this robotic fellow in the house. Beyond that, Dirch Blewn does not care to reveal any more information, although he will concede “it starts up being about one thing and ends up being about something else”. This statement has a lot of truth. I once listened to a young project manager from HSBC whose entire 20-minute presentation made that one single point several times over; in fact he said absolutely nothing else.

Dirch Blewn’s cassette is not only more interesting and deep than a project lecture, but it’s also more fun to listen to. I would say that about most art music, but I’m especially glad of it today, at a time when the August sun has forgotten how to shine once again and leaves us with grey skies and a lethargic mood. There’s a certain ellipsis in the method; editing, selection. And choosing what to document in the first place. If I had a robot scuttling about the house I wouldn’t know where to place a microphone, that’s for sure. The tape is also divided into sections; five separate days are logged, and we only hear edited highlights from the day’s events. Day five is even divided into a morning and afternoon section; guess “the team” (half human, half automaton) put in a good day’s work on that particular date. Cogs or other machinery may whirr and buzz; at times, the overall combination of droning machine and room-ambience (if captured successfully) creates a hypnotic mood that could entrance millions, if heard from the right angle. Yet it’s also fragile; the slightest twitch and you will snap out of the trance.

The cover art, if tilted by 90 degrees, might be the surface of a carpet as seen by Leonard. Maybe he’s a step up from one of those house-pets on wheels that also cleans the house for you (yes, we’re back to vacuum cleaners already). We were all promised one of these in 1978 by Tomorrow’s World. Every home should have a Leonard. The other intriguing part of it is Flat Time House. Though my first thought was that this might be an inter-dimensional gateway for time travellers, in fact it’s an exhibition space which was the former studio of the great conceptualist John Latham. Latham was a significant force for changing the way we understand art in the UK, and his ideas are only beginning to be understood (by me, anyway; everyone else is probably streets ahead of me). However, after some 40 mins spent in the company of this oddly compelling sound-art statement, I’m beginning to feel my first impression was correct; this has the sort of understated power that could ultimately propel a body forwards or backwards in time. It should have been used as the soundtrack to that 2004 movie Primers. Dirch Blewn is one to watch, for sure. Sadly the edition of 45 copies is sold out, but do stream from Bandcamp page and enjoy a motorised trip through a miniature world. From 6th March 2018.