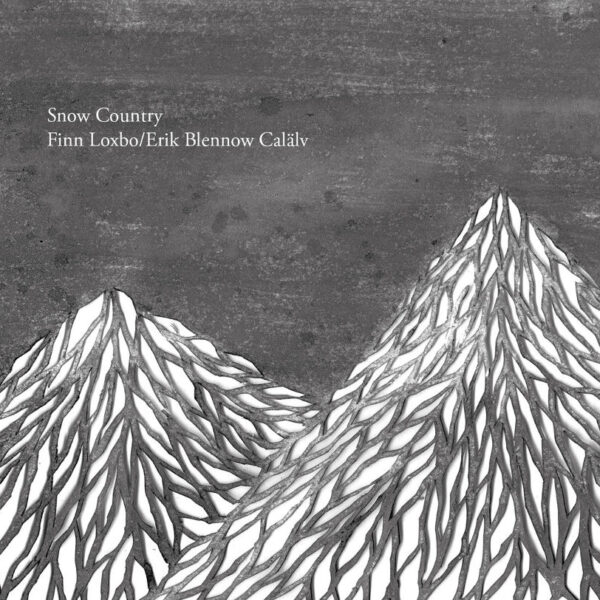 Splendid low-key mumbling and murmurs from Finn Loxbo and Erik Blenow Calälv on their Snow Country (CREATIVE SOURCES RECORDINGS CS 490 CD) album. They produced it with guitar and bass clarinet, plus occasional whines from the musical saw. The sound is subdued and mysterious, as are many records that use the bass clarinet voice, but what I mainly appreciate is the slow and studied way with which these two Swedes set about their task. It’s as though they’re having a very careful and measured conversation about something completely unknown, and want to try and find things out through deliberation and care. There’s also much to be said for their cautious avoidance of “tunes” or melodies, and the music emerges as sluggish, slow-motion jazz in a very pared-down form. Five pieces, but they are so much part of the conceptual whole that it’s like hearing one continual statement in episodes. This is also a good way to operate; if it’s working, don’t change what you’re doing in the vain hope of producing a more “varied” album. They’re a new duo, but Finn Loxbo has been at it since 2010, appearing as bassist for Dog Life, guitarist in the prog rock duo Strändernas Svall, and has played in the Mats Gustafsson Fire Orchestra. Clarinettist Erik Blenow Calälv is a member of The Schematics, an experimental rock quartet, and has scored film music for an arthouse production. Snow Country draws inspiration from Japanese culture, making assumptions about a national characteristic that makes much of silence and contemplation. Even the title comes from a Japanese novel by Yasunari Kawabata. Very good indeed. (16/03/3018) 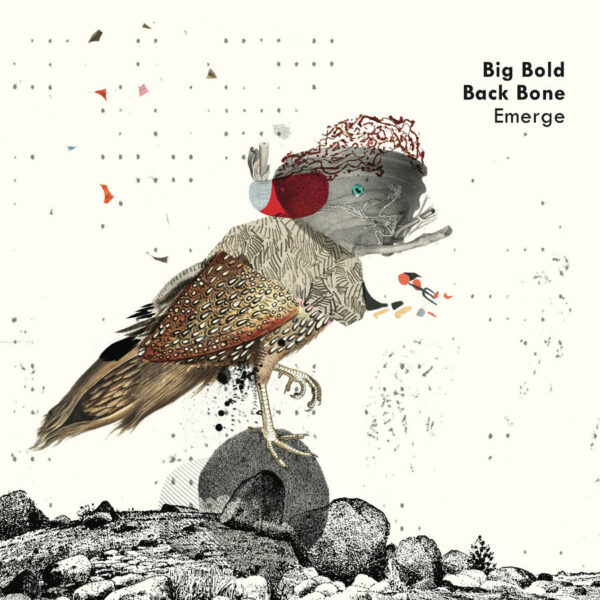 Finding very little to enjoy on the album by Big Bold Back Bone, in spite of its quite nice collage cover artwork put together by band member Travassos, putting one in mind of a lost Max Ernst postcard of imaginary birds. Emerge (WIDE EAR RECORDS WER028) is the second release by this improvising group comprising members from Portugal and Switzerland; they have been playing for ten years, and on this occasion got into a studio in Lisbon to record their aimless, dispirited scrape-and-peep. The combination of trumpet, electric guitar, percussion and electronics has rarely sounded so lifeless, and the quartet fail to catch fire. More cuts from the session are about to be issued by the Sshpuma label. (07/03/2018)

Contemporary jazz trio Brûlez Les Meubles are three Canadians who have formed a group with the express purpose of redefining the idea of the jazz guitar trio. The self-titled album (TOUR DE BRAS / CIRCUM-DISC) showcases Louis Beaudoin-de-la-Sablonnière, a graduate of Sherbrooke who also plays in Gisèle and owns a seven-string guitar. He’s supported by Eric Normand, the very busy fellow from the Tour De Bras organisation whose experimental exploits have been noted before, and the drummer Lous-Vincent Hamel from Quebec. They almost lost me with their low-key opening cuts, especially the snore-worthy ‘Le Bonheur’, but events liven up slightly with ‘Eminence’ and ‘Chaine De Montagnes’, where the guitarist’s preference for “incisive riffs” comes to the fore. I also liked some moments of ‘Hypothèse’, though the use of academic terms for titles on a jazz album is, in my book, a practice reserved for Anthony Braxton. Despite these precious moments of grit, this album is mostly too smooth and poised; Beaudoin de-la-S is no Sonny Sharrock, and nobody in the combo seems to know how to cut loose and swing free. Despite all the incendiary talk (their name translates as “burn the furniture”), they haven’t managed to uncouple themselves from the ghosts of Kenny Burrell and Barney Kessel. (16/03/2018)