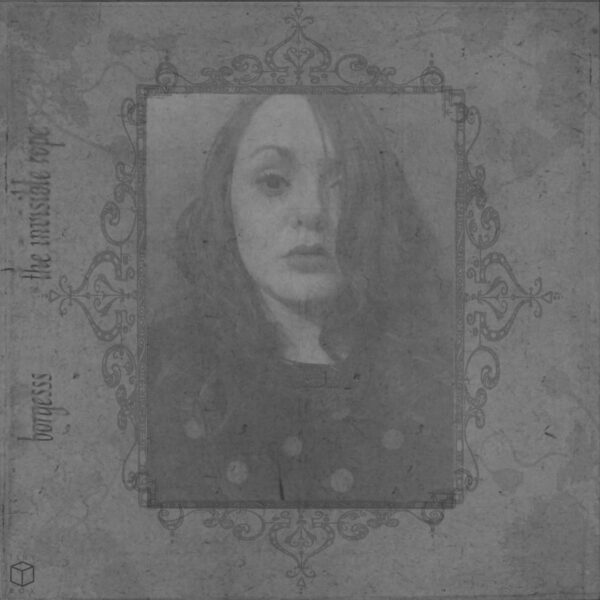 Nice to hear again from Hanging Freud, the Brazilian duo of Paula Borges and Jonathan Perez whose Motherland album we enjoyed in 2016. We heard it on cassette, but recently they kindly sent me a CDR version of it when they were passing through London. Also included were a couple of their 2017 releases; The Invisible Rope, a solo set by Paula appearing here as Borgesss, and In Exile by Hanging Freud. The Invisible Rope mini-album (six songs) continues to exhibit the stern and unforgiving outlook on life I enjoyed so much on Motherland; each brief song an acoustic curse against the world, written with a poison pen and delivered with slow deliberation. A terrible ache can be heard in her voice, which should be enough to darken your day, even without the doomy lyrics. ‘Fireworks’ is one favourite, using just a few simple instruments (including a portentous drum) to convey a message of imminent disaster. You may prefer ‘The Witch Grabs you by the Hand’, a superb title, but the melody for this one is less compelling, and feels like a darker-etched version of Joan Baez singing an anti-war song. On In Exile, we have the duo working as a guitar-voice-instrument thing, and Jonathan seems to have changed his surname to Skinner. Not unlike Motherland, we have six cold and remorseless songs delivered in a very insistent manner – few chord changes, same key throughout, and guitars are strummed implacably. What with this restricted playing style and the rigid vocalising by Paula, I often feel I’m facing two executioners dressed in hoods, holding out the rope for me as I stand on the scaffold. This release may not have the same authority as the all-accusing Motherland, but the subjects of the songs seem to be on a more manageable scale, and we still come away with the sense that their forgiveness must be earned, and that it’s incumbent on us to regain a state of grace, no matter how long it takes. Plenty of lyrical metaphors which may be alluding to anything from a broken relationship to even deeper unsolvable psychological problems. These guys should do an acoustic tour with C. Joynes and Barrett’s Dottled Beauty; the audience would go home with their heads hanging and rise next day in a state of profound sorrow, chastened and humbled. From 9th March 2018.