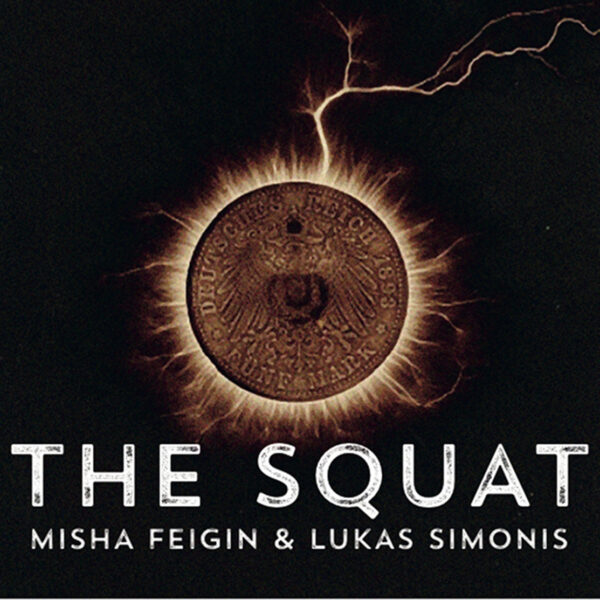 Over the past seventeen years, the main thrust of the Dutch Z6 imprint has been to embrace the twin worlds of alien poptones and experimental electronics. Beginning as a platform for specially packaged (and naturally limited) cdrs, a change in ownership saw avant guitarist Lukas Simonis taking the wheel. And, along the way, Z6 has grown slowly but surely into a label where lesser-knowns and locally-based artists such as Subterraneanact and composer-type Huib Emmer commingle with the more established coves like The Squat’s inhabitants: the aforementioned Mr S and Misha Feigin. Even closely-typed and using a narrow font style, both their c.v.s must surely be on a second A4 sheet by now?

The former has seen action with, amongst many others, G.W. Sok; former Ex frontman, Dutch agit-propsters Trespassers W and Vril (w/ Chris Cutler, ex Henry Cow and Art Bears on the drum stool). While the latter, one of Russia’s premier string-manipulators (and now a U.S. resident), has worked with LaDonna Smith, Dave Liebman, pedal-steeler Susan Alcorn and no doubt, the world and his wife. That diversity occurring in previous collaborations/projects seems to match, pound for pound, the diversity of The Squat‘s outpourings. And that’s no mean feat as the tools for the job are chosen sparingly… guitars, pedals, synth and voice is all they wrote. Aside from a handful of Rowe’n’Reichel-like agitated pings and scribbles found on “Sunrise Hypothesis” and “They Might Survive”, the most engaging pieces are those where Misha’s laconic and matter of factly oddball monologues come a-knocking. “Spiritual” for example, gives us a potted and disquieting history of man’s inhumanity to man. Amidst a medium-sized free electric squall, a long list unravels, naturally beginning with Cain and Abel and climaxing with a world war or two. “Muttering some obscure verse passed from one silence to another…” “Like a Nun”s synth-tones dance from one note to the next like a woozy wedding accordionist paid in ouzo. “Code” wears its most imposing basilisk glare in between mangled classical guitar and crackling static. “We’re breathing ones and zeros, digital signals of birth and death, a perpetual S.O.S. transmission shot under perfect darkness…” Now I ask you, who needs the moon’n’joons of the poet laureate after that?

Flying blind without the safety blanket of a promo sheet, I’m none too sure if this collaboration is a one-off by two social gadflies or an on-going thing. Fingers crossed for the second option.