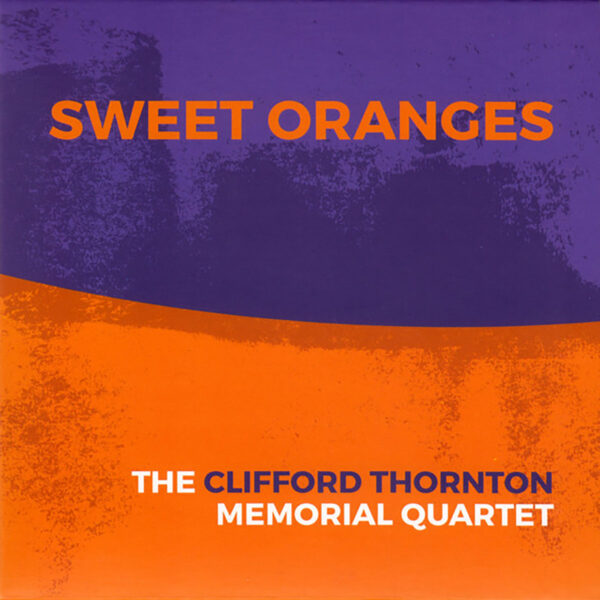 Clifford Thornton was a major free jazz player active from the 1960s onwards whose music is probably known to most readers who follow the free jazz movement through history. If you’re a collector of the BYG label you’ll already own the Thornton albums on that label such as Ketchaoua and the ones featuring his Full Moon Ensemble supporting Archie Shepp; indeed he was quite a regular sideman with Shepp and appeared on many of that player’s best records. Thornton also played in the Arkestra as early as 1965, on Art Forms of Dimensions Tomorrow. He was an activist and worked with the Black Arts Movement, associated with Marzette Watts and Amiri Baraka. Clifford Thornton’s 1970 LP, The Panther and The Lash, is perhaps the one recording that best expresses his tough-minded stance on the plight of the Afro-American; the cover collage alone speaks volumes (and it’s an image which I would like to think influenced the cover artworks of Stevie Wonder’s Music Of My Mind).

Fitting it is that four superb musicians should team up in 2017 and perform as The Clifford Thornton Memorial Quartet. Sweet Oranges (NOT TWO RECORDS MW971-2) was performed live at the Konfrontationen Festival in Nickesldorf and is now issued as a CD. The players are Joe McPhee, Daunik Lazro, Jean-Marc Foussat and Makoto Sato. McPhee is of course another major voice in Afro-American free jazz who has recently been getting due respect; many of his best records are being reissued, collectors are paying enormous sums for an original copy of Underground Railroad, and he’s appearing in international settings and sometimes making some surprising collaborations (including one with Graham Lambkin, which was at least mooted even if it may not have yet materialised). Lazro is a new name to me, but I see he’s a veteran French baritone and tenor-man who’s been appearing on record since 1980 and has performed with many significant improvisers and free jazzers – including Jac Berrocal, and their 1994 album Outlaws In Jazz (never heard it) is surely a relevant title to be quoting in this context. We all love John Coltrane, but it’s easy enough even for non-jazz lovers to appreciate the warm and sympathetic tones of A Love Supreme and its themes of “peace”. The acidic tones of Thornton – and the deeply critical underlying messages of his music – are a much tougher “sell”.

On this record those who enjoy the combination of a very simple set-up – two brass instruments and drums, with very sparing use of the analogue synth from Foussat – will be in for 44 minutes of unalloyed joy. No bass or piano to clutter the sound, leaving the listener free to concentrate on the impassioned blowing. At the same time, we’re also being put on the spot. The music is not a free-for-all skronk fest or high-energy workout, the kind of playing which can generate a tornado the listener can lose themselves inside, a catherine wheel of musical entertainment. Instead, the foursome proceed at a slow and measured pace, almost at times playing a funeral dirge that now and again flares up into waves of high emotion – joy, anger, frustration. It’s hard to look away or drop your concentration; we’re getting a well-articulated lecture, delivered in musical form. I suppose if Clifford Thornton believed in the value of music as a tool to educate and activate, as a means of mobilising the energy of the Afro-American cause, then this quartet are picking up that torch and carrying it forward, not only relaying the message but (more importantly) keeping alive the method. To those who dismiss free jazz or improvisation as a self-indulgent form, this record is a living testament for its strengths; it shows how free jazz can be a very directed form of energy, contain genuine content, and that it means more than just a demonstration of technique. A superb release, and one of the finest recordings Joe McPhee has appeared on. From 16 April 2018.