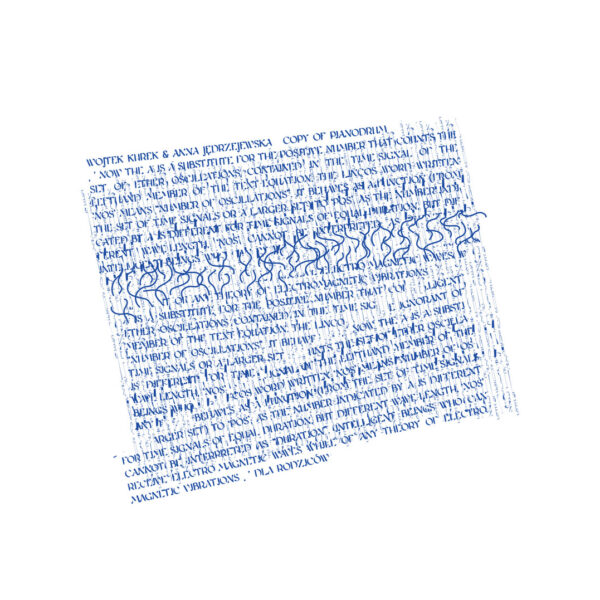 Some releases from the Polish label Plaza Zachodnia, all arrived 1st May 2018.

Copy Of Pianodrum (PLZ 018) is a duo between Wojtek Kurek and Anna Jedrzejewska; the drummer Kurek comes from an improv backaground but also has done music for theatre, while Jedrzejewska is a composer who has exhibited in multi-media settings. Most of their work here is tentative attempts at free jazz, with formless statements stuttering out in fits and starts. There’s a serious lack of energy and a genuine failure between the players to connect, and in spite of their best efforts to throw avant-garde shapes in the piano chords and irregular jagged rhythms, this awkwardness remains and results in stilted musical conversations. 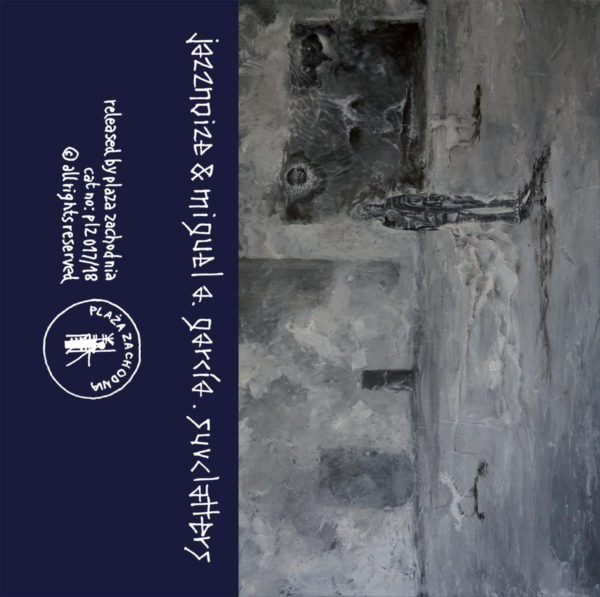 On the suvclatters (PLZ 017) cassette, our old friend Miguel A García makes a welcome reappearance, this time teaming up with Jazznoise, who is Sergio Sanchez, fellow Spaniard and maker of experimental noise. This cassette release has a nifty cover painting by Marek Kasprzak, which somehow turns contemporary urban squalor into a profound statement about alienation and despair, with its hooded figure standing like a Giacometti sculpture in some empty plaza while a huge face painted on the wall regards him with total indifference. As to the music, it’s pretty average electronic murmur-drone that moves slowly and doesn’t go anywhere; lacking bite, it’s well below García’s usual standards.

Earth Universal is a duo of players, Jeff Gburek and Hubert Wi?czyk. On Curtains Of Silence Hung About The Things (PLZ 016), they play a wide range of musical and non-musical instruments, objects and bric-a-brac, with field recordings, electronic noise and radio signals all fair game to be added to the stew by way of the inevitable mixing desk. Good stuff; the pair have a natural rapport, they fill the arena with a generous helping of maximal sounds and gestures, and often arrive at something quite new in their joint playing. They claim to operate more or less in the “electroacoustic improvisation” mode, but want to evolve into something that’s non-European in its “spontaneous rhythms”. A lot of warmth and invention, and some humour in the titles too, such as ‘Take me to your humidifier’. The B-side contains some of their musical contributions to a radical theatre play called RE_WOLTA, which is a diatribe about violence against women and presumably quite a critical one, if feisty titles like ‘My body is not a bomb’ are anything to go by. Voices of the actresses in this play contribute to these tracks, which are somewhat more conventional than the sprawling open-ended escapades on the A side and feature user-friendly drones of ambiguity, with melodies, rhythms…even some poppy electro beats. An uneven release perhaps, but Earth Universal show much promise and are clearly open-minded about musical experimentation.