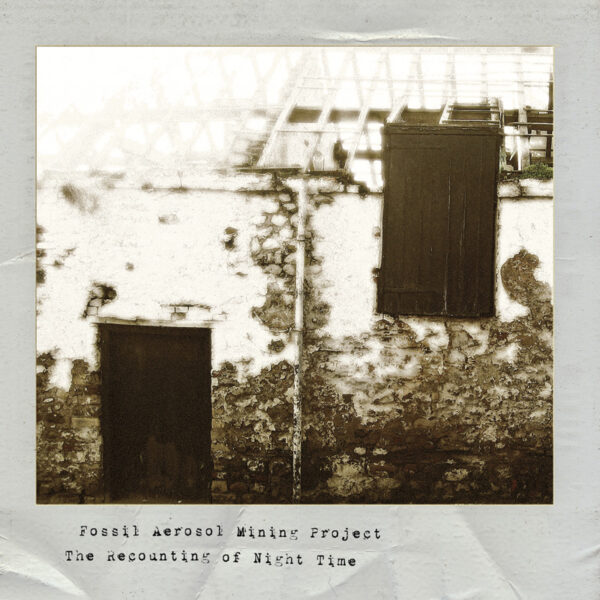 While this recording sounds bizarre at times and is quite rambling, it has a very comforting feel as it fossicks through the remains of throwaway Western consumerist culture that has piled up over the decades as our societies continue to pursue never-ending quests for fulfillment that turns out to be fleeting, shallow and tawdry, leaving all it chews through in the dust behind. For the past thirty or so years, the people behind Fossil Aerosol Mining Project have quietly and patiently trawled through the detritus of the past to find and reassemble found sounds into works that suggest alternate histories of past popular culture that may have co-existed with ours in parallel dimensions. What the aim of recreating an alternate, fictional past might be, I can only guess at wildly: perhaps it is to remind us of what possibilities and opportunities existed at the time that the original sounds were created, that were never taken and might be lost to us forever or might still be beckoning us and reminding us that they still exist for the taking.

For this recording, these sonic miners and archaeologists have used as their source material an old movie from 1970s-era German gothic cinema, culling material from old VHS tapes and a screening of the film at a decrepit movie theatre in St Louis, Missouri, made in the 1980s. It starts off with old scratchy violin string sounds and from there, the treated sounds of that instrument subsume the original creaky sighs and whines, and morph into a monster entity that far exceeds its parent source. The result takes us deep into a dreamy world of lost memories and nostalgia, of folk music genres long since forgotten (and the people who created them, also now disappeared) and of the atmospheres, moods, smells (even if a bit gamey and stinking of decay) and emotions they evoke. Voices from the past appear in fragments, as if trying to contact us and let us know of their continuing existence in another universe.

Listening to this work, I find myself drawn into this hazy, foggy world where video tracking glitchy noises, once so banal, acquire surprisingly significant meaning: something oddly reassuring, that whatever becomes of our cultures, the debris that has been left over is still waiting patiently for our return.