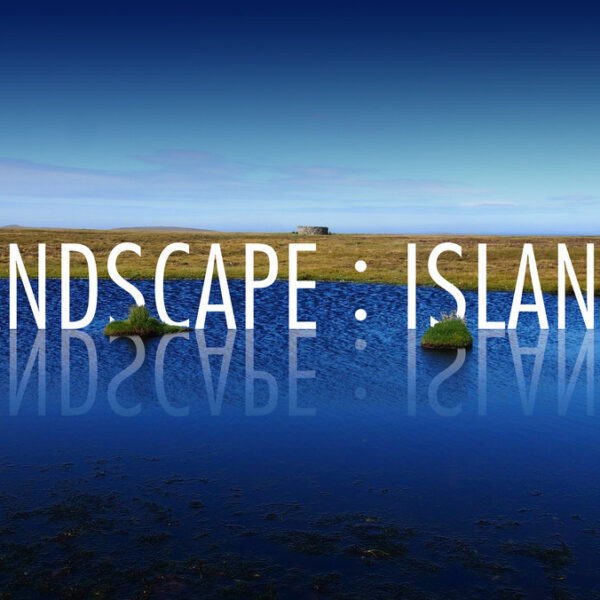 Fine tape release from the Aural Detritus label is Landscape : Islands (audet005), assembled by Paul Khimasia Morgan from a very interesting ceramic-based project he was involved in. As readers will know Pail is a regular contributor to these pages and is also an improvising musician who runs labels, and organises all manner of performance events in the UK in and around Brighton. The project itself was not just about sound art but may have had a visual dimension too; the curators were Joseph Young and Kay Aplin and Paul co-curated, assisting I assume with the performance events which were run under the aegis of his Aural Detritus scheme. On the tape, you’ll find five separate tracks although one of them is a two-parter broken across the A and B sides; those involved are Joseph Young, Paul Khimasia Morgan, Steve Beresford and Blanca Regina, and Brambling (which happens to be another project / duo Paul plays in). I mentioned that “ceramics” were the theme, but it might be more accurate to say that the real theme is “landscapes”, and this year-long event which included exhibitions, artist talks, residencies, performances and a printed catalogue, was intended to “explore the representation of landscape in ceramics and sound”. I only say this because very coincidentally the Voice Of Fire event in Ceredigion this year was also ceramic-heavy in its approach, but more conceptual; the musicians at that event were charged with “playing” the shape of a ceramic piece from the museum in Aberysthwyth, perhaps using it as the basis for a graphic score.

With the tape before us today, the landscape / ceramic theme is embedded in just about everything we hear – at least, to the extent that each piece originated from this particular focal point. Joseph Young presents us with field recordings (with much bird song in evidence), but he was doing it as a performance piece in Kay Aplin’s Ceramic House in Brighton (a fascinating venue that’s as much a museum as a pop-up performance and exhibition space). In Young’s work, we’re simply hearing recordings from the Shetland islands played back in Brighton, and he triggered the samples using his sonic baton. Paul Khimasia Morgan, conversely, did a sound art performance in the same venue (in the In Camera gallery) and his ‘slow kiln’ is a reprocessed assemblage of selected sounds from that event.

Steve Beresford and Blanca Regina also started off in that same space, but soon moved out from the gallery into the garden and then the main gallery space of the Ceramic House. Heaven knows what they were doing exactly, but clearly it was a very portable improvisational piece (I think involving Blanca’s voice at some point). This is about the liveliest document on the tape, as the recording picks up so many “extraneous” sound events, including evidence of the audience, creating a bustling atmosphere with plenty to listen to. For the final piece, ‘Ceramic Breaks’ by Brambling, we have a very concerted effort by Morgan and Dan Powell to integrate ceramics directly into their performance – the sounds of pottery workshops, kilns, and clay being moulded and fired, were all incorporated into their low-key electronic-based improvisations.

In all these pieces, the distinctions between “field recordings”, “sound art” and “free improvisation” are elided and the silos are broken down; not because Paul and cohorts have an agenda, but because things appear to have naturally developed along these lines in the course of the projects. The result of this is that Landscape : Islands is a very satisfying listen from start to finish. From May 2018.