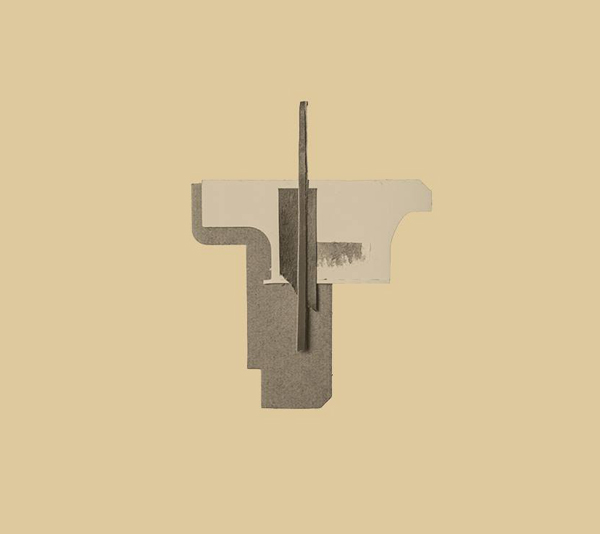 I found this record very appealing in a dour sort of way; it’s not out to prove something about the heat and energy of free jazz, and instead there are many awkward pauses and difficult angles which they have to negotiate. This may be something of a relief, as I sometimes feel there are too many people trying the “energy jazz” thing in the contemporary round, and they mostly end up with clouds of loud noise which lead nowhere. Free playing ought to have some sort of edge to it (e.g. political, social, artistic); I worry it’s in danger of becoming too glib a tongue. Not so with Markus Krispel and his sidemen 1, who almost seem to be inventing a reason to play together before our very eyes, respectfully but cautiously mapping out common ground. This may reflect something about their respective backgrounds; Krispel, the Austrian alto and baritone sax player, is apparently self-taught as a musician (the liner notes describe him as a “wild autodidact”), and his musical tastes are such that he sees no conflict in adding his sax work to the band [[[Altar:Thron]]], who play experimental metal. As we listen to his halting phrases and slightly ungainly textures, I find much to enjoy in his unconventional style. He’s not freighted down with chops, be-bop structures, or the slickness that has afflicted many American stars since the ascent of Wynton Marsalis. Could be that Krispel’s getting closer to the true “tongue” of the jazz idiom that many more established players.

Then there’s the bassist, Matija Schellander, also Austrian, described here as a “conceptualist”; it’s true he studies computer music, and has also played in that highly unusual group Rdeca Raketa who made the nifty Wir Werden LP in 2012. There’s something so austere and strict about his work on this record that he makes the sax player seem positively baroque, and that’s no mean achievement. The drummer Szilveszter Miklós seems to be the only one of the trio more steeped in jazz traditions, and he’s been playing with the Grencsó Open Collective in Budapest for about ten years. What I like here is his uncluttered, punchy technique; never a wasted beat, and each stroke tapped in firmly with a certain no-nonsense tone. All of this amounts to music which, as hinted at earlier, is full of rough edges, gaps, and unfinished surfaces; at times, it’s a miracle the work hangs together at all, so tenuous are the connections. Some may find this a frustrating listen (why doesn’t the music get going more often?), but it’s just right for me. Will look for further developments from this trio with interest. From 8th May 2018.