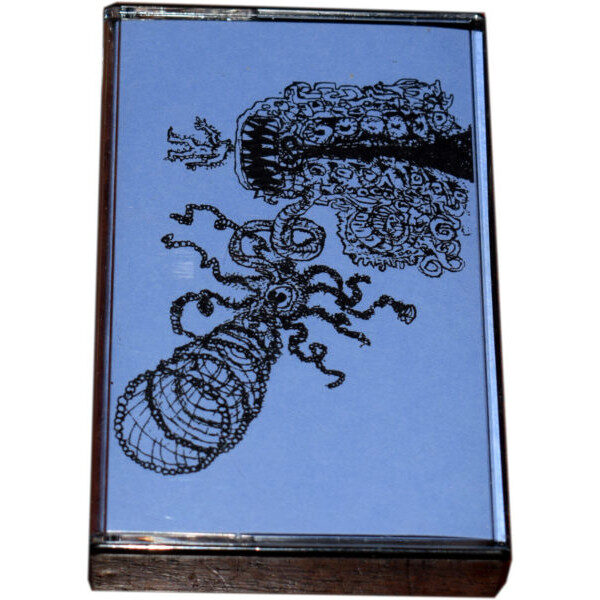 LSJ is the trio of Lisa Cameron, Shawn David McMillen and Josh Ronsen – all Austin Texas improvisers. Ronsen is a familiar name in these parts (in group and solo settings) and was last heard with his composition titled Drone Works. Lisa Cameron performs as Venison Whirled, and her impressive Tetragrammatones record from 2015 was created with amplified percussion and a very determined mind. On Misty Nights (EH?98), these three bond seamlessly to create a luscious and maximal sound, with highly enjoyable textures and incidents. There’s no indication of what’s going on and the credit line simply reads “instruments, sounds, noises”. There’s something informal and friendly about the atmosphere – presumably these three are old friends and enjoy playing together – and there’s no rush in the playing, no frantic attempts to prove anything to themselves or to an audience. Consequently much of Misty Nights may seem slow and even a bit soggy, as they linger over one particular passage of vague repeated rumblings and scrapes that take their fancy before moving sluggishly on to the next undefined and non-specific zone. Yet still the air crackles with a certain low-key tension and expectation, and the players manage to avoid the trap of settling into a comforting, meandering drone. Absorbing, relaxed, lengthy. 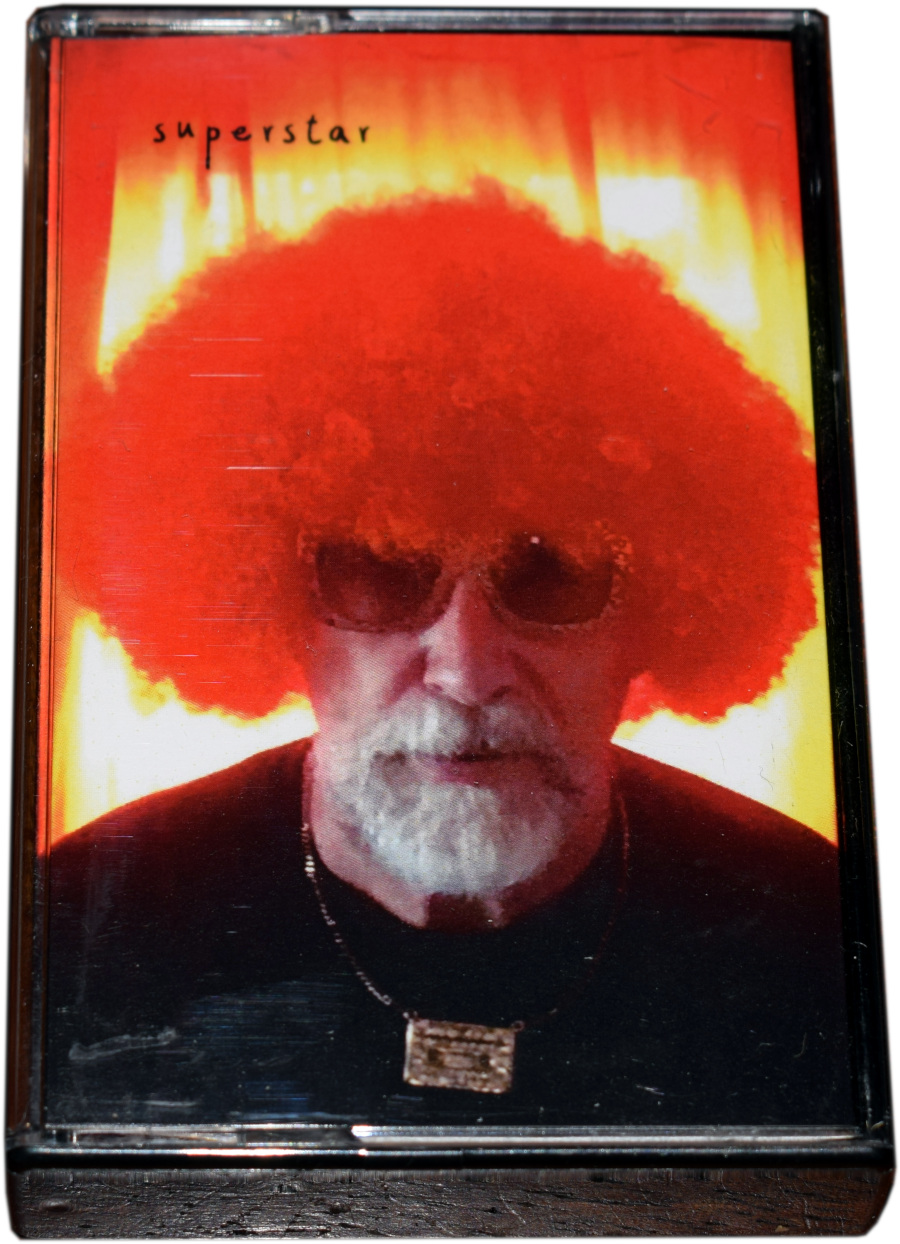 For something slightly snappier, we turn to Bill Brovold. Brovold is a true American original who might be better known to you as the man behind Larval, an experimental rock band from Detroit who made a number of albums (starting in 1996) for Avant, Knitting Factory, and Cuneiform. He also has the distinction of playing guitar on a Rhys Chatham album (Die Donnergötter). His history apparently reaches back to the glory days of 1980s New York No-Wave, a time when hopefully he ate pickles with Eric Bogosian and was on first name terms with Sumner Crane. Here he is with a tape called Superstar (EH?99) where he plays just about every instrument himself, though is supported by a number of very able sidemen, and turns in a dozen unusual and inventive guitar-based instrumentals full of quirks and quarks galore. Unusually perhaps for this label (which tends to showcase very free improvisation and noise), it’s quite a melodic release featuring structured / composed tunes, solid demonstrations of craft, and a certain old-fashioned prowess on the electric guitar and the lap steel. I’d like to place him in a line that reaches back to Roy Smeck, but he’s steeped in New Wave traditions (if that’s possible), and there’s a certain element of zaniness afoot in some of these jaunty ditties. It’s as if Brovold kind of regrets that he was never asked to fill in for Snakefinger on a Residents tour and wanted to make a showcase cassette that would prove he’s just the man for the job. Great off-kiltre lopsided fun. 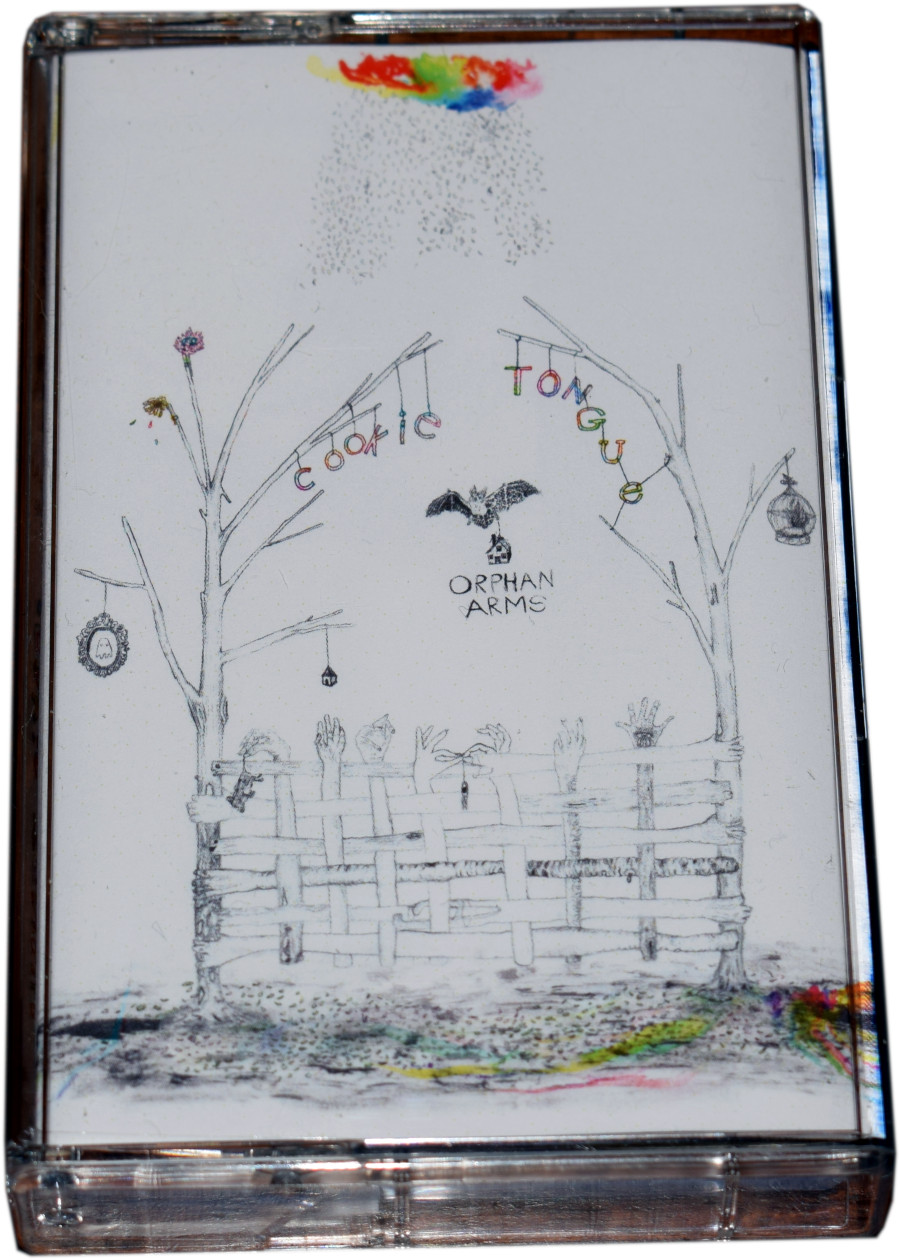 Another highly unusual entry for this label is the Orphan Arms (EH? 101) tape by Cookie Tongue, which scores plenty on the mystico-weirdness meter with its odd combination of chants, poetry, and pseudo-pagan ritual music. To be honest, the first thing that struck me was the weird sound of this tape – aurally, it’s a daydream of Yma Sumac magically joining forces with Wooden Wand and Sunburned Hand of the Man. Omer Gal, also known as Mother Tongue, appears to be the Brooklyn-based visionary behind this particular project and wrote the songs, performs vocals and guitar/piano, but there are also contributions from Chris Carlone, Liza Buzytsky, Elijah Holstein and others (the exact members seems to fluctuate over time). These fellow travellers throw themselves into their tasks with zest and vivacity, even if they themselves might not know what’s going on. If you catch a Cookie Tongue performance, you’ll see something that spills over from music into dance, drama, poetry, puppets, animated films and strange costumes, all of which reflect Omer’s visual art capabilities. The theatricality of it is reminiscent of Irene Moon’s Auk Theater, while musically this tape could be signposted as Joanna Newsom meets Devendra Banhart with Valley Of Ashes as their backing group. While these odd tunes, raggedy performances and mannered singing voices might be an acquired taste, Cookie Tongue’s music has a lot of conviction and coherence, and presents a perfectly plausible world-view of imagination and fantasy, partially filtered through children’s books and a fairy-tale sensibility. There are some nice Cornell-like collages inside, and you really need to scope Omer’s website for additional dazzling murals, t-shirts, drawings and other visual delights. 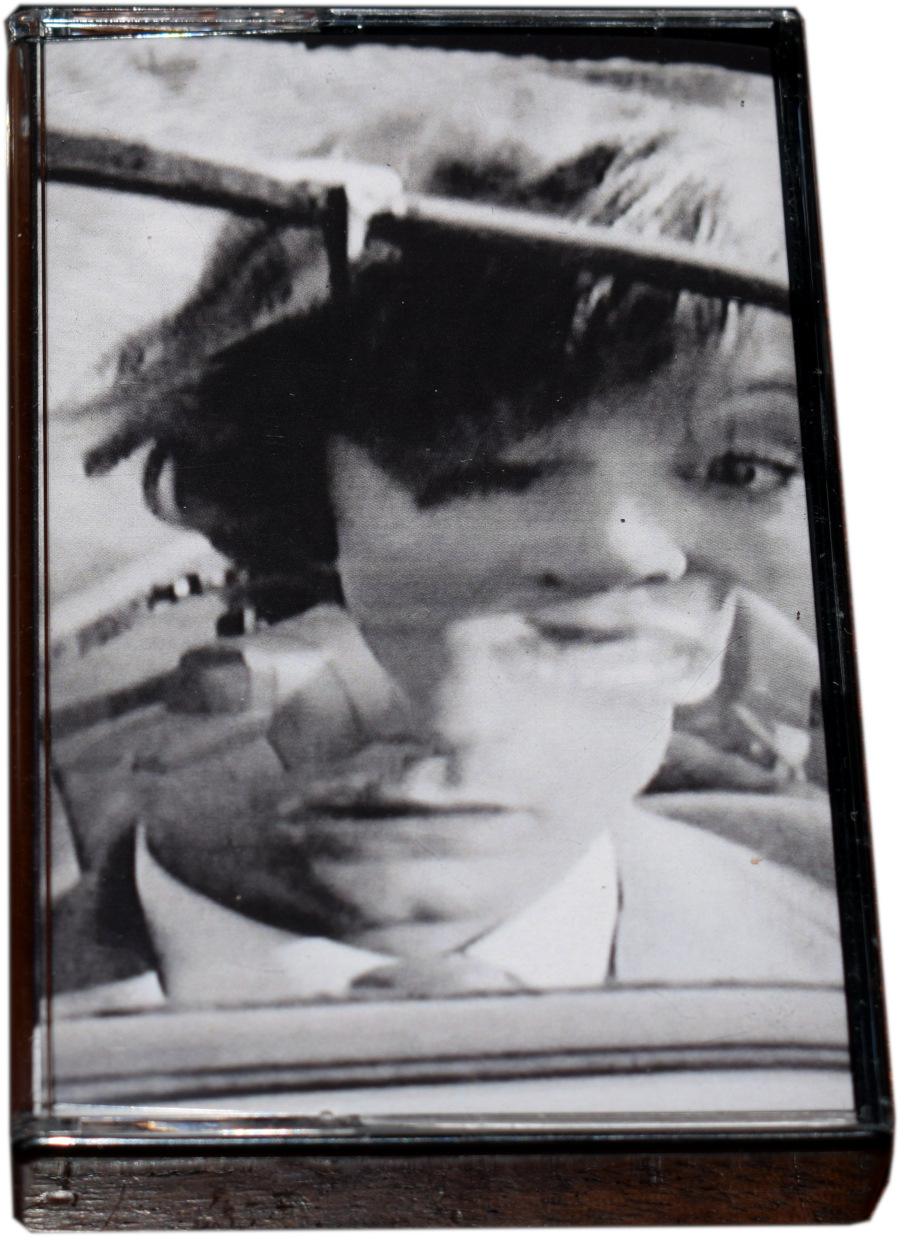 Back to some more traditional performative music skills with Revisited, Revisited, Revisited (EH?97) from the duo of L. Eugene Methe and Megan Siebe, who create a highly compelling and melancholy deep sound with their cello, violin and cassette-loop set-up, the whole treated with additional live electronics. The work is a post-modernist composition executed in a process-like manner, in effect a “deconstruction” of the musical theme for the TV series of Brideshead Revisited (an English series which evidently enjoyed some success as an export to the USA). The musicians extend that original theme (composed by Geoffrey Burgon) into something unsettling and avant-gardish, while at the same time draining it of its original sentimentality. Further, their tape loops are composed and structured to reflect something of the truth of Waugh’s novel. I have never read this esteemed literary work, but the key elements for Methe and Siebe are “breakdown” and “blurring of time”, which implies they have found something of interest to them personally in this novel (while more mainstream academic interpretations stress the themes of Catholicism, aristocracy, homosexuality and guilt). While I’m not able to match the music to an understanding of the narrative structure of the book, it remains an impressive and poignant piece of instrumental music; the playing is strong, it’s genuinely affecting, and the clever structure pulls you into the work with an irresistible energy.