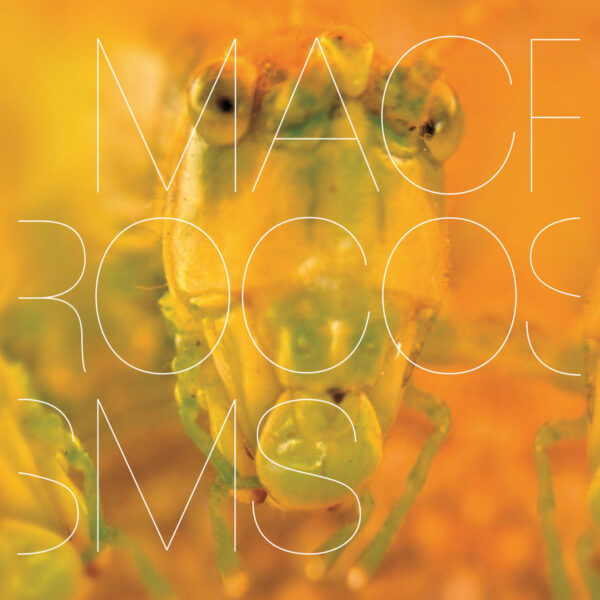 In which Rotterdam’s foremost ambient electronica wizards demonstrate the repetition of dynamic forces and patterns across all scales, from the unimaginably tiny to the overwhelmingly vast. That they often manage to do this in the same track is testament to their skill, imagination and quite possibly their occult powers.

The cover art is a clue to what lies within, which is as it should be. The looming face of a cricket or grasshopper, swollen to gigantic proportions; leaf veins which could do double-duty as aerial shots of river systems; deep focus close-ups of vegetation, arranged in fearful kaleidoscopic symmetries. If you’ve ever used a shrink ray to reduce yourself and your family to the size of an insect and gone off exploring the undergrowth in a dune buggy, then you’ll be familiar with the worlds these images evoke.

The sounds match the alien-but-entirely-natural visuals. So across nine tracks we get field recordings from primeval forests; barking dogs and thunderstorms; floating melodies; frayed and fuzzy edges of noise; chitinous reflex-machines whipping up quantum foam lattices of skeletal beats. All of which combine in various ways to take you deep, deep into the underverse and out again.

For my money, the masterstroke is the title track. This is a consciousness-raising swoop, narrated by Sarah Payton, up and out from a central point, to a place where all the connections can be seen and the boundaries dissolve. Perfectly placed in the middle of the running order, it gives the album a distinct shape and focus.

One for Fantastic Voyagers, Micro Venturers and Hermetic philosophers everywhere.