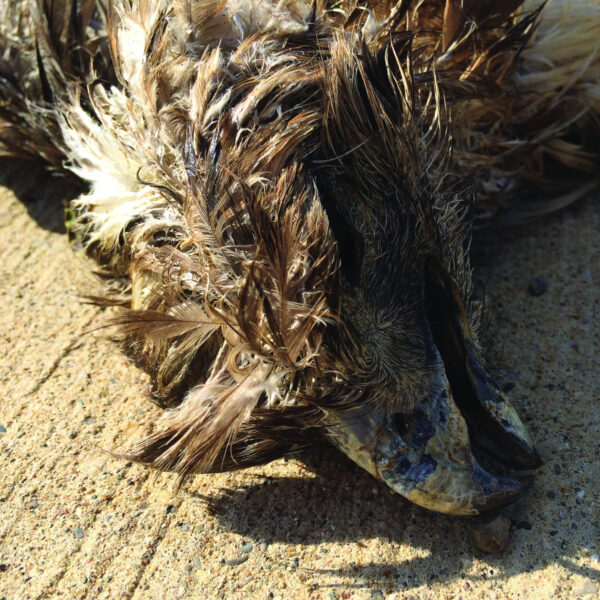 Astonishing solo violin LP by Erica Dicker, called Taking Auspices (TUBAPEDE TB010). It represents her first solo release and amply demonstrates her mastery of the instrument. A combination of improvised flights with simple compositions, the album also showcases some of the pretty extreme noises (agonised scrapes, percussive whomps) she’s able to wrest from the body of the beast and her supple bowing actions; plus there’s oodles of “extended technique” on offer when she really gets into the zone, producing speedy runs and hyper-fast fingering effects that seem almost impossible to execute. And if you want dynamics, she’s able to shift tempos from quicksilver-fast to slow dirges with the facility of a demon, all done without the aid of a safety net.

All of this skill is put into service to convey some of the saddest music we’ve heard for some time; Erica Dicker’s astringent tone is filled with aching emotion, yet never once does she lapse into anything resembling self-pity or sentimentality. Rather there’s a kind of icy assurance with which she boldly explores these semi-dangerous psychological territories, these slippery and treacherous grounds of the heart and mind. Now and again the music assumes such lofty authority that it does indeed seem to align itself with the grand themes she is trying to convey. The concept of auspices, auguries and divination was strong with our classical ancestors, and there’s a quote from the Roman philosopher Cicero printed on the back cover which shows the depth of conviction that was widely held around 63 B.C., when oracles and dreams were regarded as “a gift of the immortal gods”. This is followed by an apposite quote from Hamlet, penned by our own classical scholar Shakespeare. The front cover image (photo by Zachary Ridgway Baker) of a dead bird reminds how early divinators used to read the future in the entrails of dead animals, and in the flights of birds 1.

Erica Dicker herself also holds these convictions, and her music on this album is directly inspired by momentous events in her own life that “changed [her] perception of her environment and her relationship with it.” This fact is vouchsafed to us in the context of her childhood in industrial Germany near the Ruhr, where coal mines and steel mills formed a decaying industrial landscape that would have stimulated everyone from David Lynch to C M von Hausswolff. More than this, Dicker is preoccupied with occultism and esoterica to the extent that we are invited to read each one of these four pieces as “an act of divination”, instances where she has found a way to channel an unknown force into musical form. While this sort of hyperbole may come off as a load of superstitious baloney, wait till you hear the music and have your own emotional comfort-zone rattled from the outside.

I see Sam Pluta did the recording and mixing, and he’s long been one of our favourite power-houses of New York avantness and dissonant energy for his own innovative compositions. We have heard Dicker playing before on a record by Pretty Monsters with Katherine Young, released on Public Eyesore, but you can find more of her work if you seek out the groups Till By Turning, Kylwyria, Vaster Than Empires, and the Tri-centric Orchestra. Among others, she has also played with Anthony Braxton and Olivia Block. Released on Dan Peck’s excellent label, this beautiful and cathartic music is given unequivocal recommendation. From 9 April 2018.