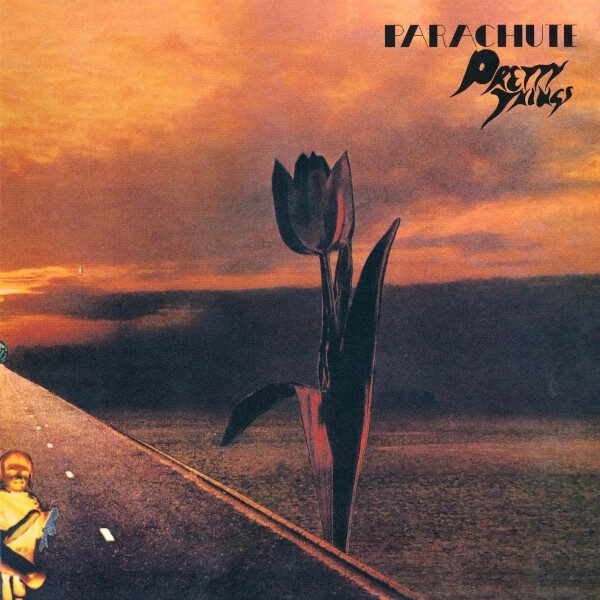 After the commercial failure of “S.F. Sorrow” and the subsequent departure of bassist / co-founding member Dick Taylor, The Pretty Things might be forgiven for turning in an under-par follow-up album. Instead the band not only delivered a second concept album following on from its 1968 release – and moreover, one that critiques a flight from the city back to a romanticised rural utopia and reveals it to be as dystopian as the industrial cannon-fodder assembly-line hellhole that S F Sorrow was born into – but “Parachute” is even better in its songwriting and production. As on the previous album, the songs often differ musically – some are more pop and others are more blues-influenced rock – but they are united by the overriding concept and the band’s own trademark features: a gritty hard edge, the vocal harmonies and a go-for-broke risk-taking spirit.

The songs on the first side of the album are pop-friendly ditties, several of which segue straight from one to the next. The protagonist of “The Good Mr Square” observes a city lass (the subject of “She Was Tall, She Was High”) who becomes the focus of his obsession; the two become friendly but the friendship is brief as the girl joins the exodus out of the city and into country life. The two do maintain contact: the girl writes to the lonely gentleman (“The Letter”) but this is not enough to comfort him in his loneliness (“Rain”). On this side of the album, the music passes from urgent and hard-hitting rock to gentle Beatles-style melodies with melancholy vocals; you can count me as the next in a long, long line of some several hundred thousand listeners who’ve noted parallels with The Beatles’ self-titled album (the famous “White” album) and other songs that the Scouser foursome released around the same time in 1968.

“Miss Fay Regrets” and “Cries from the Midnight Circus” depict life in the city at its sleaziest and most desperate in hard-bitten rock songs about street hookers and the hazards they face just trying to survive. These songs might not be the stand-out tracks but they have a distinct bluesy sound and an electric ruggedness that are hard to ignore. From there the album flies away to the supposed bucolic pleasures of country life in the melancholy blues rock of “Grass”. However the mood darkens even more in gritty songs like “Sickle Clowns”, bemoaning the death of the hippie dream and its replacement by a vicious brutal tendency that has always been present in the underbelly of Western capitalist society. The singing has a feral edge and no matter how loose the musical arrangements might be, with a fair amount of improv guitar, there is tension in the air. Mother Nature eventually turns out to be as implacable as the city is indifferent to human suffering (“She’s A Lover”) and the dreams of idyllic country life turn to disillusionment (“What’s the Use”) as reality, with all its boredom, exploitation and violence, intrudes. As on “S.F. Sorrow”, the album ends on a pessimistic note in the title track that paints a picture of a post-apocalyptic world swathed in deliberately kitsch muzak melodies and somnambulistic vocal harmonies.

There is so much on this album that’s so good that the best songs become a matter of personal choice: for me, these are the songs from “Grass” to “She’s A Lover”, their McCartneyesque pop sheen hiding a more ambiguous and darker complexity. But honestly the entire album is great listening from beginning to end: it features great songwriting, the most thought-provoking and evocative lyrics, and the most beautiful and sometimes the most weepy music, all delivered with a toughness that belies compassion.

If I were to stick this album next to a library of novels, that library would have to be full of J G Ballard’s later novels about individuals fleeing modern society and into utopian communities that turn out to be full of psychopaths and cannibals, or of Philip K Dick’s suburban novels set in seemingly idyllic Californian upper middle class locales where people live lives of quiet monotonous desperation and neighbours end up bickering and carrying on decades-long vendettas … and killing each other.