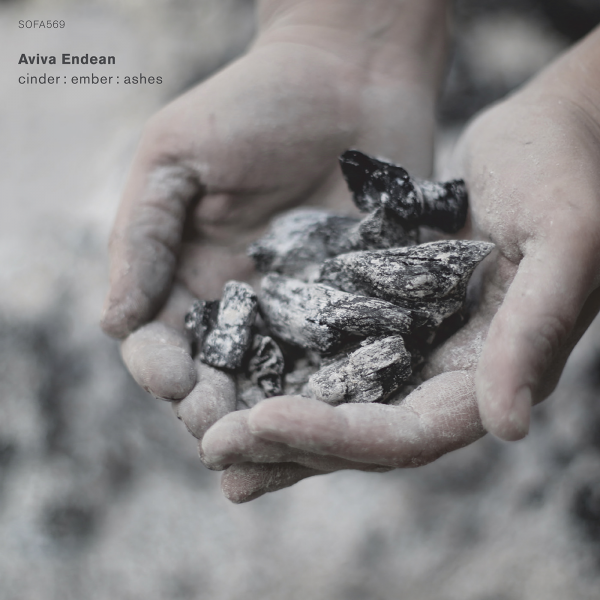 Exceptional record by Aviva Endean is called cinder : ember : ashes (SOFA5 69) and it’s out on the Sofa label in Norway, an imprint which rarely disappoints if you’re interested in exploring the outer reaches of improvisation and related endeavours. Aviva Endean is an Australian performer, and has built up a considerable CV and catalogue of achievements: collaborations, performances, installations, compositions, grants, scholarships, and awards; plus she has played in at least six bands, and still finds time to run a teaching programme at home.

Today’s record is far too ambitious and deep in its scope to be simply filed away under “free improvisation”, as Aviva experiments judiciously by placing her clarinets with additional instruments in exciting pairings, such as timpani drums, an amplifier, and effects pedals. The piece with the timpani, ‘apparition : above’ is especially noteworthy, and seems to generate low-key feedback effects that I am sure Max Neuhaus would have approved of. Her solo playing is likewise bold and innovative, particularly the pieces on the contrabass clarinet (which I gather is quite a challenge to play). While Aviva Endean does have an interest in altering and expanding her basic sound, it’s happening in a very natural and unforced manner, and doesn’t seem to be part of the aggressive trend towards “expanded technique” which I believe has blighted free playing for some years now. Endean achieves drama, emotional range and innovation in her music, through a combination of methods and a real mastery of her instruments.

Not every single experiment here is an unqualified success (if Endean does have a fault, it’s an occasional predilection towards “New Agey” sounds, especially on the breathy ‘undulations : behind’ piece), but considering this is her first solo release, it’s formidable; clearly she’s had a lot of ideas waiting to find a home. Recommended. Received 17 September 2018.