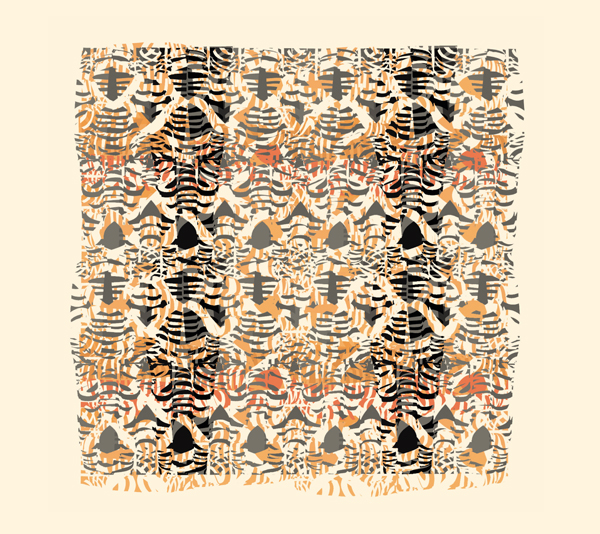 Irreversible Motions (INEXHAUSTIBLE EDITIONS ie-012) is a saxophone-percussion pairing, featuring the playing of Jason Mears and Stephen Flinn. We heard Californian Flinn many years ago on the Ink Room record with Steve Beresford, and Jason Mears as a member of The Jeff Kaiser Ockodektet (he also plays woodwinds for Empty Cage Quartet and Vinny Golia Large Ensemble). These five improvisations, recorded in Brooklyn in 2017, are mostly quite subdued and slow moving, but that isn’t to say there isn’t an edge of tension and brittle emotions present in every taut moment. Through enigmatic stances, immobile stares and silent brooding, moods are generated.

Flinn has a nice line in cymbal scraping that can stretch a man’s nerves to the point of near-collapse; he generates a feeling of anticipation you can almost taste in your mouth. Mears has a number of techniques at his disposal, including droning overtones and tonguing methods that coax strange whimpers from the bell. The duo become somewhat agitated at the end of ‘atomists’ in a way that qualifies them for the anti-Coltrane award of the month, while the 12 minutes of ‘real legacy’ contain abrasive stretches where simple tones just rub against each other for a very long time.

The “minimalist” aspects of this record, if we must call them that, are nothing to do with a Terry Riley / La Monte Young view of the world with its hermetic Sufi-like devotion, and instead Mears and Flinn are preaching a sermon direct from the sidewalk, letting its rough surfaces burn their bare feet, yet maintaining a core of stillness and calm in the maelstrom of the busy street. From 15th October 2018.