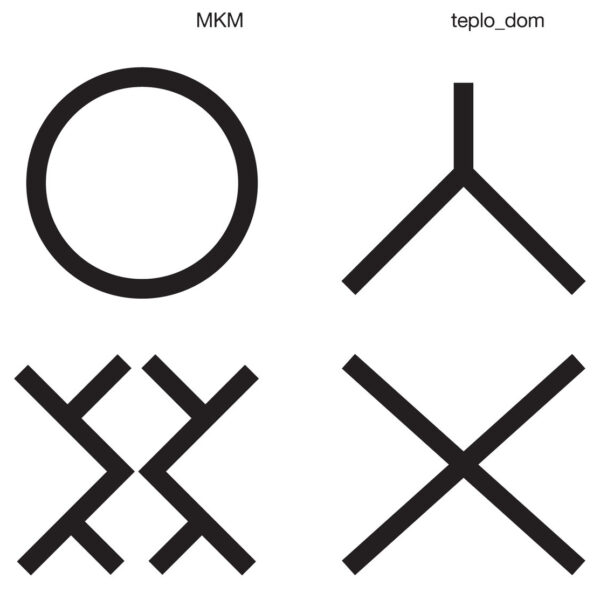 On teplo_dom (MIKROTON CD 66) we have the trio MKM appearing at the Dom and the Teplo Art Space in Russia in 2017. Norbert Möslang, Jason Kahn and Günter Müller create exciting electronic sounds with a decidedly bold “space adventure” feel. Plenty of blank space and sudden eruptions of thrilling electric whirl-a-gigs and space-rockets. Broadly the sound canvas divides between grey, fuzzy grinding tones and the more fluid “swoopy” elements added like so much cake decoration. Hard to say exactly who to credit with which noise, but our man Kahn is on the analog synth and the radio set, and pilots his section of the craft with the assurance of a seasoned cosmonaut.

I’m enjoying all the white space in the arena and relishing the way the players don’t feel the need to back-pedal into constant drone. At the same time, the alien-ish factors are judged to a nicety, without over-doing it; there is just the right amount of green fluid under the skin, and the undiscovered galaxies look mysterious, but still inviting, as we peer through a frosted window. Rich in atmosphere yet still summons a chilling, tense mood. The spectacular ending to the long track ‘teplo’ is especially rewarding, a celestial payoff of grand proportions. From 30th October 2018.