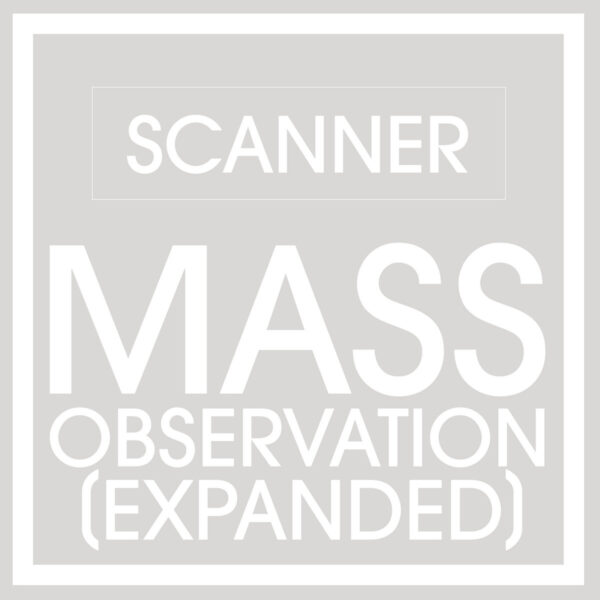 Originally recorded with Jim O’Rourke and Robert Hampson in a London apartment and released in 1994, this investigation in invasive surveillance by Scanner (Robin Rimbaud) remains as relevant today as it did over 20 years; consequently this recording still has the power to shock listeners, even if many of the sounds no longer seem fresh and more than a few come across as a bit hackneyed. You just know from listening to even a few scraps of music here and there that this recording portrays what a digital police-state panopticon might be like: an unseen, constantly alert entity continuously gathering up every single snippet of audio communication and information, no matter what meaning it may or may not have, filing it away in its own vast storage maw. Private and public communications all seem alike, and all are drained of context, history and humanity. Endless layers of drone, spoken word recordings, repeating loops and pounding beats portray a machine world with no beginning or end, but existing in an eternal present with no direction and no meaning.

You might think that such a long piece as this – it’s well over 53 minutes long – might be very boring but incredibly drama, suspense and depth can be found here, though any additions to the original recording must have been inserted at random. Parts of the work appear to build up towards some suspenseful climax, only to come down and coast along before starting another climb, rather like a slow-motion roller-coaster. After the 30th minute, the recording becomes much more atmospheric and hypnotic, and the listener may feel adrift in an endless black space. After 40 minutes, the work feels quite trippy and glitchy, and some listeners may have the impression that a certain eccentricity is creeping in, as if the all-seeing, all-knowing surveillance monster is starting to suffer a kind of dementia from having to absorb so much data all at once continuously.

The short track added to the recording seems more shocking and oppressive than what’s gone before, with heavy beats, long wavering drones and loops of stutter. Apart from this, it doesn’t add anything new – not that you’d expect it to – but it can be considered a condensed counterpart to the longer, meandering track.

The work as a whole is an interesting if unsettling commentary on how far our digital surveillance society has come and will continue to go.