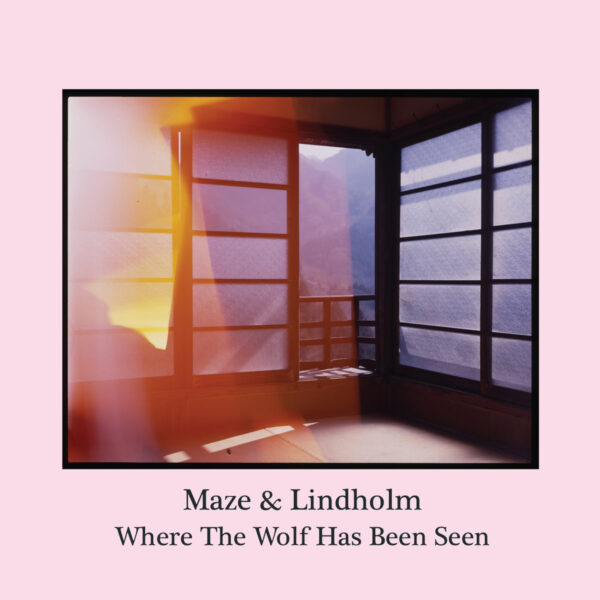 Very good album of frozen drones by Maze & Lindholm called Where The Wolf Has Been Seen (AURORA BOREALIS RECORDINGS abx072). We’re getting a lot more records lately which tend to sit midway between electronica and classical, combining contemporary classical music techniques with a smattering of mixing desk culture…or maybe we aren’t, and maybe they’re not. This one showcases the double bass playing of Otto Lindholm, a Brussels fellow who adds effects pedals and loop boxes to his instrument with the main aim of extending notes into an infinite stretch of grey and uncertain zones, without making the mistake of losing himself in an artificial ambient soup. He’s helped on this occasion by P. Maze, i.e. Pierre de Mûelenaere, fellow Belgian who comes into this realm by way of a more “urban” direction. His duo Orphan Swords (with Yannick Franck) have been producing various “industrial electronic” records since 2014 and collaborating with other like-minded hammering minimalist mesmerisers with large buckets of digital rivets at their disposal.

While potentially this team-up could have been a recipe for a smug, worthless exercise in effects-driven process-heavy bazonga-festing, instead Where The Wolf Has Been Seen emerges as a monolithic success…I like its rigid pose, its flat and unyielding surface, the grim determination with which it plods like a haunted entity down a painful path. Matter of fact it could easily have been released on the Miasmah label in Norway, which likewise has pretensions towards this vague “classical ambient” genre and also deals in a nifty line in cold drones of grey-black gloomery. On strength of this release, you might want to look into Lindholm’s other bass-propelled flatteners, such as his self-named debut LP for Icarus Records in 2017 which won a few plaudits. There’s just three long tracks on that one…bound to do as much for you as a steamroller and 18 tubes of toothpaste, if you know what I mean.

If there really is a “wolf” involved in this production – since musicians never lie, I like to think they based the whole record on a personal lupine experience of some sort – it was evidently one of those loner types who stalks his prey with the patience of the Carpathian White Ash-Ghost (a rare breed of mountain wolf, renowned for its incredibly slow motions). From 6th November 2018 (it arrived by snail mail, natch).