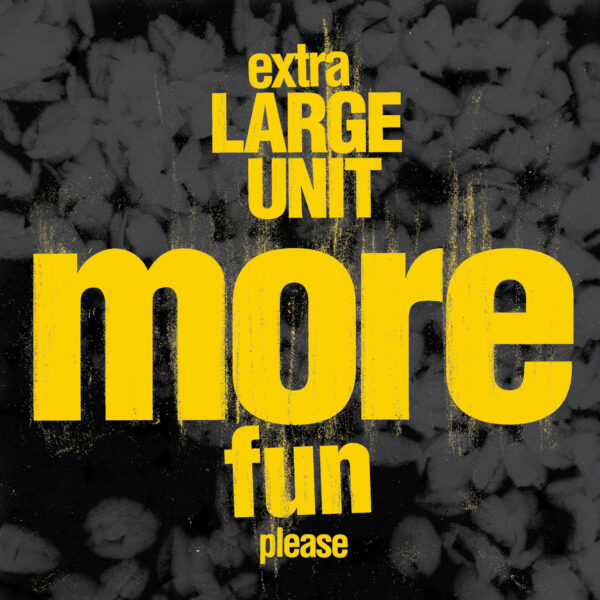 As I may have mentioned before, I have an almost obsessive devotion to lateral thinking TV quiz show Only Connect. So imagine my delight at being asked to review this recording of a piece commissioned for the Only Connect Festival in Oslo. As it turns out, this isn’t the Woodstock of connecting walls and missing vowels. Instead, it’s a “festival of adventurous music”, that’s been running in various guises since 2005. Ah well. Fortunately the music is pretty good, if this CD is anything to go by.

This CD consists of one track, 28 musicians, 33 minutes 28 seconds of jazz/improv/spontaneous contemporary mayhem, created by Paal Nilssen-Love as a specific commission for the festival. It’s a super-sized version of the pieces he develops for his regular outfit, Large Unit, with the usual suspects joined by students from the Norwegian Academy of Music – hence Extra Large Unit. Bigger doesn’t always mean better, of course, but this is one of those occasions when you won’t regret going large.

The Only Connect metaphor holds true, because this piece is full of surprising connections and juxtapositions. It starts off with 18 seconds of Best John Cage Quality Silence, before a single trombone note kicks things off, and ends half an hour later with everything reduced down to a solitary violin drone figure. In between, you get effervescent Spacedust pops of notes and noise; free jazz freakouts and dislocated brass band sounds; fragments of folk melody and accordion minimalism; orchestral explosions and horror movie piano cues. It’s a hell of a music sequence round.

On a personal note, I was pleased to hear enthusiastic applause at the end, a refreshing contrast to all those “live” recordings where there’s no evidence of anybody actually being there apart from the band, apparently playing with glum determination to rows of empty seats. Applause also means that a good time was had by all, which fits in with the group’s philosophy that the audience and its response is integral to the performance itself.

In the sleevenotes, Nilssen-Love states that his intention is to bring more fun into the fields of jazz and contemporary music, and who could argue with that? This is certainly a ton of fun, and well worth 33 minutes 28 seconds of your time.