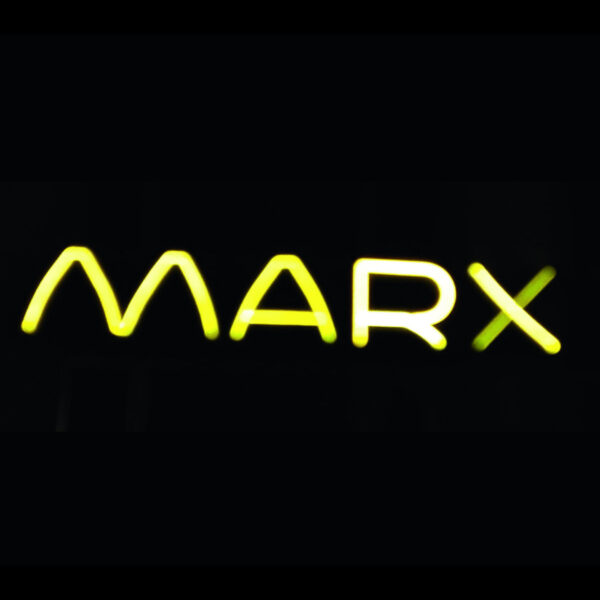 Last year (2018) was the 200th anniversary of the birth of the German philosopher / economist / historian / social revolutionary Karl Marx and to celebrate his birth and remind us all of his importance in the history of political and social ideas and his continuing relevance as a commentator on capitalism – particularly as the capitalist economic paradigm has become exhausted and the West is in decline from the onslaught of neoliberal economic austerity policies – the German label Karlrecords released a double compilation set of 28 tracks by 28 different artists, most of them German, from genres ranging from ambient, electronic, electro-acoustic and experimental to noise and contemporary European styles. Proceeds from the sale of the double album – it has sold out as of this time of writing – have gone to two charities for the homeless and for the promotion of the rights of refugees. All tracks except one are either exclusive to the compilation or previously unreleased. The artists who contributed to the album include Aidan Baker (Nadja), Caspar Brötzmann, the poet Seda Mimaroglu, Andreas Reihse (with whom Mimaroglu has collaborated, though not on this recording), Iranian-based Porya Hatami and an act with the memorable name of Yr Lovely Dead Moon.

It seems a bit ironic in a way that the vast majority of artists contributing tracks to the double set are soloists working with instruments that they either own (in which case they are not too different from what Marx would have termed the petit bourgeoisie in his time) or have borrowed or rented. How much of their own labour they have put into creating the music – one probably hopes they’re not relying too much on field recordings and on sampling other people’s work! – is another question that perhaps I shouldn’t inquire too deeply into. Aside from this observation, most tracks make for pleasant listening without being very revolutionary in their sounds or structure. On CD 1 the stand-out contributions include Aidan Baker’s “Sommerhaus”, subdued yet hypnotic in its constant soft vibrating drone; Natalie Beridze’s “Mapping Debris Pattern”; Jasmine Guffond’s “Niche Service”; and Yr Lovely Dead Moon’s curious “Kali” which sounds a bit out of place on this compilation with its exotic tropical atmosphere, seductive mood and kitschy space-lounge style with the whiny guitar. Caspar Brötzmann delivers a heaving gritty feedback guitar noise demon in “Marx Crash”.

On CD 2, Jens Pauly gives a darkly melancholic piece in “Erinnem_Rework”, all full of juddering guitar noise ambience and eerie effects. Most other tracks on this disc tend to be noisy electronic pieces featuring samples and field recordings with Seda Mimaroglu’s recitation in “Circuitous” the major exception.

The recordings here are all very busy and fiddly, and what relation they have to Karl Marx’s memory and legacy, apart from their titles, seems very vague. Before hearing this album, I had vague hopes of hearing something very mechanical or industrial, something very dramatic and stirring or something resembling the kitsch Chinese Communist music of half a century ago with references to taking Tiger Mountain by storm or by strategy, but that’s all obviously gone over the heads of Karlrecords and the artists who appear on the compilation. These tracks could have been grouped under a different album title commemorating someone else’s memory and legacy and I don’t think anyone would notice anything unusual. The motivation behind the concept and release of the double set is noble enough but on the whole the music doesn’t live up to the ambition.