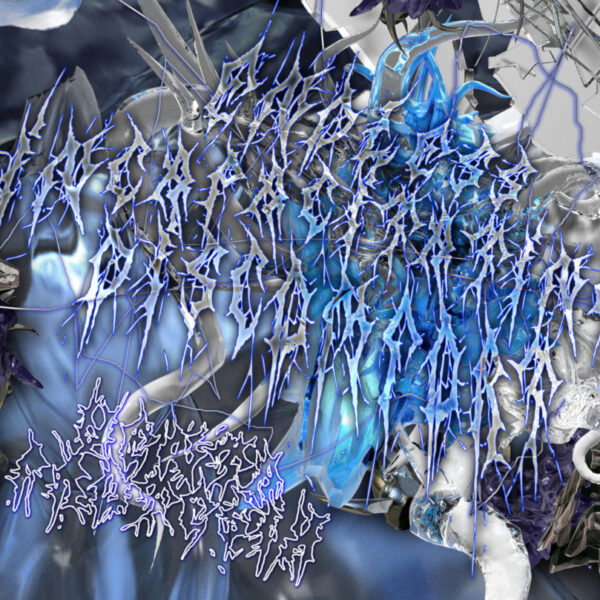 Venta Protesix is “at it” again, unleashing 18 types of obnoxious digital malarkey from his lone laptop causing a vile stink all the way across Europe from his home base in Salerno…Endless Incapacitating Discomfort (URBSOUNDS URB041) is released on Urbsounds, as was the last emission of juvenile swill Sickening Digital Rainbows in 2018. Have to admit that this Italian solitary player of the “pink oboe” is making some progress with his “thematic” concerns this time though, since not every single track refers directly to his predilection for self-abuse or his enormous internet porn collection, with some track titles alluding to all forms of sorrow ranging from melancholic ennui to existential despair. Plus, there’s a lot more variety in the music – dynamics, tempo and even suggestions of melody are now considered fair game to be whirled into the Venta casserole like so much bright red chili sauce mixed into the porridge.

While those listeners who have the “hots” for repulsive violent noise won’t be at all disappointed when they send away for this release (it may arrive in a plain brown wrapper), I’d like to think that the open-minded electro-acoustic buffs would also find some way into this streaming flow of hot lava, mainly by dint of Venta’s processing and filtering skills, which are clearly improving – I guess all that “practising by himself” has toughened his fingers and improved his manual dexterity. Exciting pumping action, greasy fluid sounds, soapsuds on your copper pipes…cartoon-manga version of Merzbow, you bet…harsh noise wall for the serial texters on the bus listening to speedcore doom-ragga who need something else to do with their hands while they’re yapping to their pet gerbils back home.

Cover art is pretty bonkers too, like Black Metal logos fed through a trojan-carrying application that infects your machine and gives you a dose of influenza with a single click of the mouse. Many thanks to Italo Belladonna for sending this…from 27th November 2018.