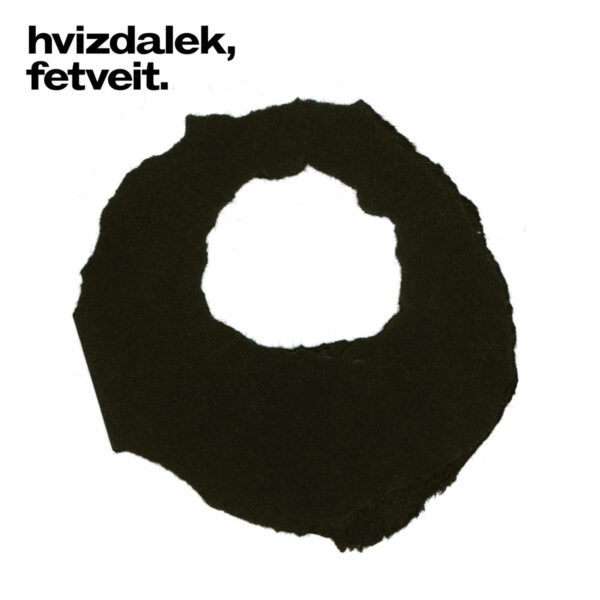 Fantastic vocal-’n’-noise record called hvizdalek, fetveit. (SANNTIDSMUSIKK SATIMU 003) and featuring the talents of Agnes Hvizdalek and her super-turbo mouth, with the electronic gumbo-wrangling of Harald Fetveit. Tune in instantly to receive over one hour of this glorious rumble which is every bit as compelling as a forest fire in a rainstorm, with passages of snow and ice for those who like a chaser on the side. You may recall Agnes Hvizdalek set the world to rights with her 2017 album Index, which had fingerprints on the cover and entailed this Austrian woman putting her head in a factory chimney to emit resonant billows. Harald Fetveit I don’t know hardly at all, but he’s likely to be of the Norwegian persuasion, is a member of Norwegian Noise Orchestra, and in the past he has traded hot lupins with Lasse Marhaug, John Hegre, and Lene Grenager. Oh and apparently he was in Baktruppen, those zany Nordic loons of outdoor art performance events.

This particular burst was captured live in Oslo in the latter half of 2016. No editing was necessary and the two players sustain energy levels for the full hour, requiring no omelette nor rhubarb for sustenance. What I’m grooving to on tonight’s spin is the relatively low-key nature of the electrical sounds, which burr and buzz pleasantly but very insistently (abrading away the enamel on your teeth), while vocal acrobatics of the lovely Agnes are like chattering bees, demented pangolins with long tongues, gibbering puffins disguised as the Old Man of the Forest. I do love a good noise that keeps on going and going, wearing away resistance, yet I also like something that gives a fellow enough space to stretch out the old tootsies in stocking feet. It’s not every night that I have the stamina to push back against eight tons of harsh noise wall like so much black steel, and once in a while it’s a pleasure to make your bed on this soft cactus dripping from the semi-comfortable planetoids.

This label, by the way, is run by the handsome fellow Petter Flaten Eilertsen, in a very erratic way. He managed to put out two CDs in 2006, then had a long hiatus resting in bed, until this popped up in 2018. Petter has been in lotsa bands, but I think we mainly know him through Kobi. Back to the record now to enjoy further delicious moments of crumbling ashes in the digital logs as they smoulder and smoke in the furnace, while Agnes trills and bubbles like an upside-down parakeet learning to speak Urdu in Morse code. A total winner…many thanks to Harald for sending this. Arrived 29th November 2018.