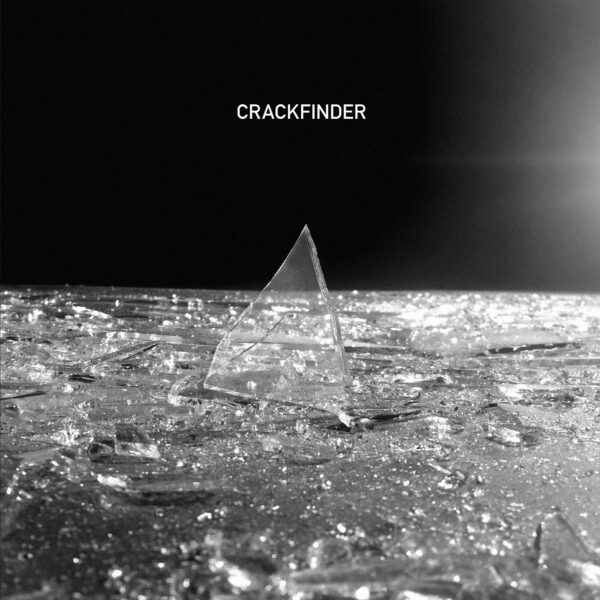 Always enjoyed the music of Polish player Robert Piotrowicz, what little we’ve been regaled with at any rate…indeed we don’t seem to have crossed stubs with his spines since 2013 when he made a seven-incher for Bocian Records. He’s got a fairly rugged and individual approach to air-twisting moves with his synth and electronic suitcases though, and those with an appetite for same should tune their antennae towards Crackfinder (MUSICA GENERA MG V8), a vinyl LP where he’s zapping it out with Jérôme Noetinger’s revox tape deck and the saxophone of Anna Zaradny. Two side-long roller-derbies of glorpy noise result, not too far apart from the EAI genre of some 19 years ago, only now souped with more power-surge and animal attack in the bloodstream. These 2016 recordings were done in concert at an event called Sacrum Profanum in Krakow, a festival to which Piotrowicz’s Musica Genera enterprise lent its moral support presumably in the form of bundles of zlotys, and at that time I think the trio called itself Sono Genera.

Someone, most likely Robert himself, is convinced that the occasion was earth-shattering in its relevance: “the audience experienced a clear aesthetic breakthrough,” say the notes on his Bandcamp page, “something important was happening, something special.” This sense of urgency and portent extends to the cover image, with its stark monochrome photograph depicting broken glass and paying particular attention to one shard, as if to challenge our apathy and complacency with a grim reminder of…something. Same goes for track titles, such as ‘Universe Atlas of Evidence’ which seems to imply an absolute totality of scope which it’s rather hard for one record to live up to. Even so, it’s a good jaw-rattling listen. I never heard a Noetinger tape-mangle I didn’t enjoy, and he always manages to cut a swathe of excitement through any given swamp of competing tones.

Zaradny, here with her saxophone and computer, emits clipped and crisp to-the-point statements, and is never afraid to surrender her acoustic identity to the flow of electronic tides; we last heard her on a grim drone LP called Stacja Nigdy w Zyciu. Meanwhile Piotrowicz deals in elements which, on this occasion, seem “blocky” and solid, as though he’s lifting up musical fragments in the form of bales of hay, and stacking them up for a monstrous bonfire. The A side is particularly thrilling, and all three of these ratcatchers act like they’re on a mission from beyond to seek out and destroy the vermin of mistrust, before sunrise. The shorter track on the B-side doesn’t have quite the same spark, and here it’s likely that the combination of formless sounds will blend together less successfully, producing a murky meander through the land of poisonous gasses. Even so, the frown-worthy mood is a good one and well sustained.

The back cover features a still image from one of Anna’s videos (she’s a visual artist as well as a composer). From 6th November 2018.