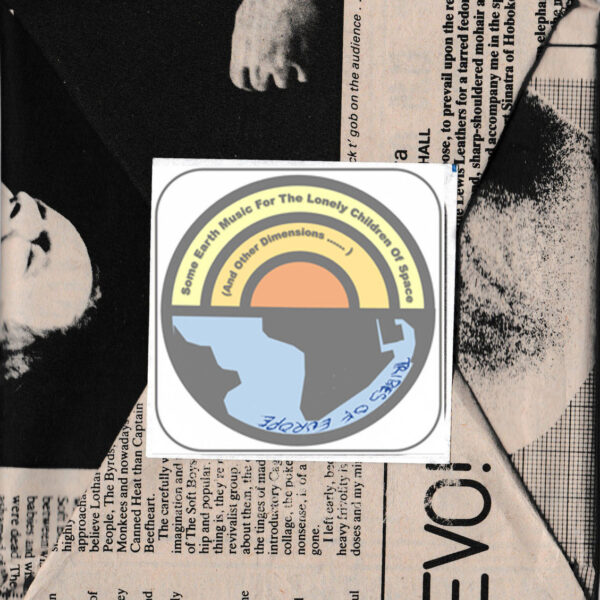 Got a four-track EP from Tribes Of Europe called Some Earth Music For The Lonely Children of Space (And Other Dimensions) (NO LABEL)…Tribes Of Europe sounds like it ought to be a band (if not an entire continent) of musicians, but it turns out the be a fellow named Martin from Ely who has connections with C. Joynes in that part of the UK. Joynes even appears on one track along with various other collaborators on the EP. Every piece is slightly different to the last and from this one sample it’s hard to get much of an idea where TOE is coming from, but that’s probably all for the best…he’s mostly a talented guitar player but may play other instruments too, and he also does songs.

Nothing here is especially experimental, and he has a healthy taste for the melodic, plus a wide-ranging taste in musical styles (I would guess); he might share Joynes’ ability to locate musical value in the most unexpected places. Indeed one stand-out track here, ‘Intermission’, was directly inspired by “Test Card music”, a phenomenon known only to UK dwellers who are old enough to remember it, when they used to play library music and easy listening tunes on the telly for hours before actual broadcasting began. The upbeat ditty created by TOE shimmers like a tiny jewel of multi-tracking, creating a vanishing vision of tropical sunsets with its shining guitars. By contrast, ‘Time Runs Dry in Teentown’ is an attempt at punk rock, a track whose origin story is that the creator recorded it when he was 17 and has “rescued” it for this release, roping in a guest singer to add vocals. Far too “nice” to be mistaken for the real thing, this is still an engaging pastiche.

Different again is ‘Opal Furl’, a collaboration with Skeleton Hand (Joynes and Kamil Ziobro, I think), where through a combination of free-improvisation, overdubbing and editing, a watery instrumental of surprising complexity emerges, with currents gently pulling in multiple directions. With the title referring to Earth, Space and Other Dimensions, we might have expected something in the kosmische “style”, and this is what the last track delivers – give or take. Titled ‘Don’t Know Why / Why Do You Like Violence?’ it’s an effective mixture of Hawkwind-styled pounding electro-rhythms enriched with plenty of space echo and galactic drone, while the lyrics – sung in TOE’s rather fey and mannered voice – tend towards the Anglo-whimsy of Kevin Ayers and The Bevis Frond. Even the simple act of getting up in the morning and making some tea is endowed with cryptical layers of cosmic meaning by this delivery. This is miles away from Tribes Of Europe’s actual intention though, as he wants this song to “ask some questions…” about “our relationship with violence and how honest or dishonest we may be about that relationship”.

The record is packaged in hand-made covers and may even have hand-lettered inserts. From 5th December 2018.