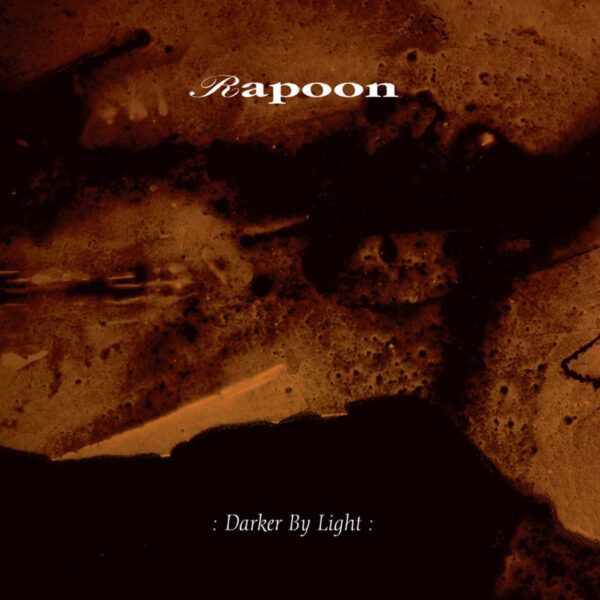 Delighted to get my voodoo tongs around a copy of Darker By Light (ZOHARUM ZOHAR 173-2), a reissue of a 1996 album by Rapoon. It’s great music, and I don’t have a copy of my own in my fairly extensive Rapoon library. It’s also much better than the more recent works Rhiz and My Life As A Ghost, which this label put out in 2017, and which we found disappointing. I see Darker By Light originally came out on Soleilmoon, though I don’t know how “rare and sought-after” it is as the label claim, since it’s easily available on Discogs and can be streamed on Rapoon’s own Bandcamp site any time you feel the urge. Even so, it’s grand to slip back to this “classic” 1990s period of this renowned ex-Zoviet France player.

Compared to the Staalplaat releases that just preceded this, I’m finding a little less of the layered drones that Rapoon has made all his own – drones which at times resembled a force of nature, such as a weather system or turbulent ocean – and a bit more of the beats and the pulsations, starting to push his work towards a more avant-techno zone. What I’m enjoying on today’s spin is the monotony and the insistence of everything, the way he keeps exploring this unknown bend of the river with the steely determination of any given explorer of the darkest jungle (hopefully in a canoe with only enough supplies to last until Monday). There’s also a sullen, unforgiving tone to almost all of the proceedings, letting us know we’re in the presence of forces we can’t fully control or understand. While Rapoon used to do this with a sense of awe and respect, especially with a vaguely ethnic or ritualistic vibe, I sense that Darker By Light is now informed by a sort of breathless fear as these huge clouds of uncertainty start to pile up in our lives.

Favourite cuts: ‘Night That Thunders’ and ‘Lies and Propaganda’, dark throbbers from an unceasing mind churning overtime, both of which could be used to keep an all-nighter rave going for 8 days in a perpetual state of 5 AM exhaustion, not that I’d know anything about such matters…sourced from Rapoon’s potent flask of drugs, for sure. You on the other hand may prefer the reflective tones of ‘Sunday’s Shadows’, or the night terrors of ‘From Sleep Awake’ which contains enough nail-biting tension to fuel a thousand toasted-cheese nightmares. From 6th December 2018.