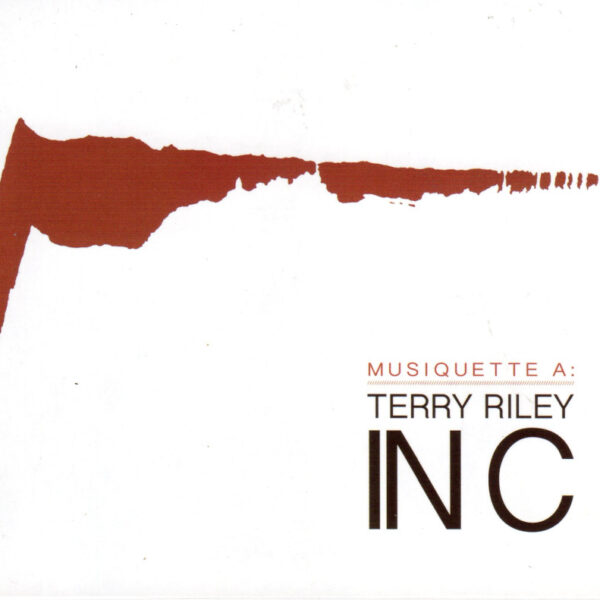 Polish combo Musiquette A perform a version of Terry Riley’s In C (BÔ?T RECORDS BR 1049), under the auspices of leader Hubert Zemler who also plays the xylophone in this 15-piece ensemble. Sometimes it seems like In C has become something of a “greatest hit” of American minimalism and a go-to piece if musicians want to play a reasonably popular piece while still embracing the tenets of modernism. This was not always the case of course, and though some audiences loved In C when it was first debuted in America 1968, apparently it didn’t go down as well one year later when performed in Darmstadt before a crowd of stern-browed European music purists. I only know this thanks to the useful sleeve note here by Jack Hawryluk which provides a potted history of the evolution of In C as it has made and continues to make inroads into the culture. He does note that Columbia Masterworks issued it in their Music In Our Time series, and to that observation I personally would add that they did it in a “psychedelic” cover, no doubt intending to market it to wild-eyed hippies whose minds had last year been “blown” by 2001: A Space Odyssey.

One reason perhaps for the popularity of In C is its porous nature, the fact that it might not be scored in the conventional sense and relies on input from the players (who have a certain amount of leeway for how they interpret it) in order to power the hour-long piece to the end. Along the way, it keeps changing like a kaleidoscope; incremental changes programmed to some degree by the genius of Riley, some time before Brian Eno got into developing his self-generating music software. It might be this very simplicity that caused the Darmstadt bunch to look down their noses at In C, and when Stockhausen picked up on the idea of harnessing energy from the musicians, we ended up with Aus Den Sieben Tagen in 1969 which took things in quite a different direction. Very little of this discourse is directly relevant to today’s offering however. Hubert Zemler – who we heard drumming on the Wunderkamera album by Slalom in 2015 – takes the unusual step of leading the piece in a folky/ethnic direction, and so he brings in two hammered dulcimers, a hurdy-gurdy, a viola and a Polish accordion to make this particular cultural statement. Even the vocals of Maja Kleszcz sound more like traditional Romany singing than the type of classically-trained soprano who might have been employed by any given 20th-century avant composer from Luciano Berio to Luigi Nono.

Zemler had been familiar with In C ever since his student days at Warsaw when he was studying music, but it’s only recently in his career that he felt confident enough to take on the task of devising this uniquely Polish folk-inflected take on the work 1. His purpose was expressed in purely poetical, almost lyrical terms; the full phrase is included in the notes here, but a key sentence is “encompass the spirit of the Mazovian willow”. The Mazovia region is historically important to Poland, and is renowned for its willow trees; I have no doubt that Zemler’s stated aim thus resonates in the heart of every true Pole. As a result of following these nationalist / folk themes, the music takes on quite a different caste to what you might be familiar with; the specific instruments which Zemler has chosen really do stand out, showcased within the highly open framework that the musicians create, and certain key musical phrases shine that much more brightly. It makes the 1968 Columbia record which I know and love so well seem murky and unfocussed in comparison. A modernist gem delivered from a personal viewpoint. From 4th December 2018.