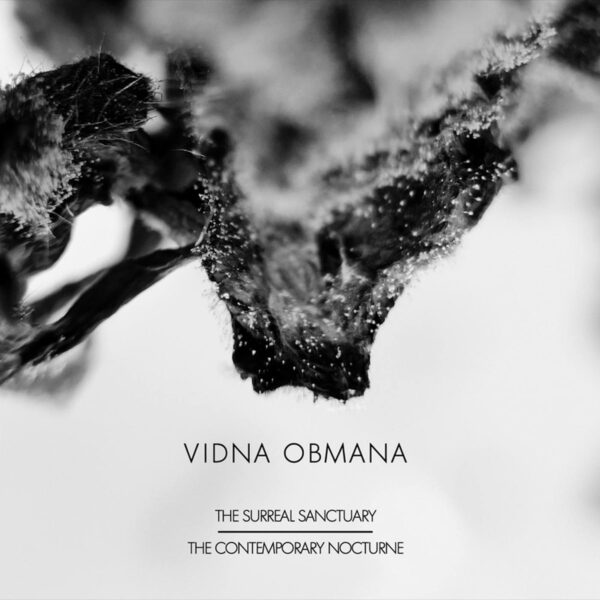 Polish label Zoharum seem to be growing their family of reissue programmes, an effort which includes works by Genetic Transmission, Rapoon, and Maeror Tri. They’re also doing it more less informally for Vidna Obmana, what with the triple-CD set The Trilogy released in 2018, and now this double set (ZOHAR 172-2) which rescues a couple of sets from year 2000 by this exceptionally prolific European maestro of the ambient drone. Although The Surreal Sanctuary and The Contemporary Nocturne were originally released as separate items, they’re pretty much carved out of the same block – they feature the same guest musicians (Steve Roach, Jim Cole and Joris de Backer) and were recorded around the same time. According to the Zoharum publishers, the two sets also share the same “character”, music-wise.

In terms of how these pieces were assembled, it’s mostly Dirk Serries / Vidna Obmana working in his Belgian studio with assorted instruments, tape loops, and reprocessing; the guest musicians only appear on a few tracks and are used as source material which he recycles and folds into the slow-moving currents. Vidna tends to focus on one or two instruments at a time as the core elements for each track, whether that be treated electric guitars (sometimes played with e-bows), harmonicas, flutes, overtone singing, and such, but nothing sounds like it’s supposed to and we’re pretty much on the other side of the looking glass for the next two hours. I also like he way he credits himself with “surreal acoustics”; if he could market that commodity as a pre-set on a synth or sell it as a footpedal, I suspect he would reap many fiduciary benefits from Joe Portastudio. The use of the word “surreal” brings us to the next point, which is the generally queasy and dream-like nature of this entire set; even hardy and experienced listeners of this strain of experimental music are likely to come away with a strange feeling after a few hours spent in the company of these two odd discs.

This view is predicated on my rather subjective interpretation of “surrealism”, and an incomplete one that underplays the psychological / subconscious dimension of that art movement, but it seems the best context in which to try and process these semi-abstract alien territories. For one thing, there’s hardly any root note for the ear to grab on to; although some musical elements may drift in, they are extremely unstable and lose their character in the overall swirl and aura of bewitchment. We’ve no choice but to go with the flow; with a slight sense of alarm, as we have no clear idea of where we’re going to or even knowing when we’ve arrived. Another musician who is frequently labelled with the “surreal” epithet is Nurse With Wound, but I think Vidna Obmana is coming from a fundamentally different place and is much more ambiguous and open-ended with the finished results. These are 2018 remasters by Dirk Serries and the photos are by Martina Verhoeven. Tread carefully on these slippery pathways, brothers. From 6th December 2018.