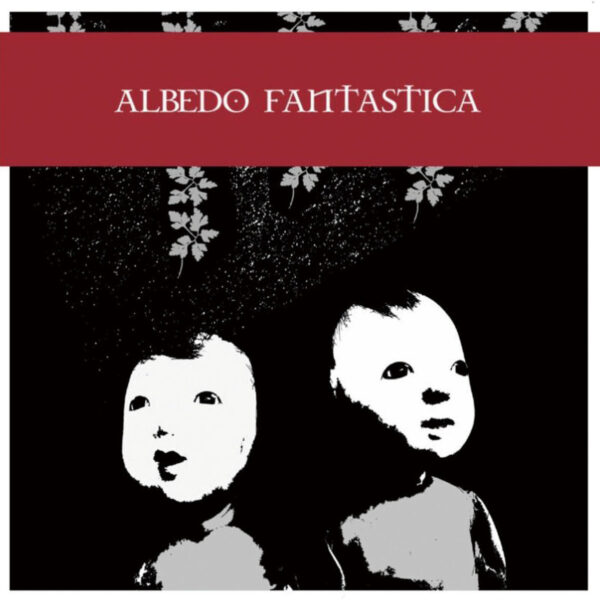 Unbelievable piece of Japanese free-improv psychedelic voice-and-piano performance from the duo of Keiko Higuchi and Sachiko, appearing here as Albedo Fantastica on the full-length, single-take album Culvert And Starry Night (AN’ARCHIVES AN-17). Right away as I handled the lovely Alan Sherry screen-printed wallet with its paper band (and it’s great to know he’s still producing these cover artworks, after a history of making them for his own Siwa label) and scoped these mysterious poetic images of faces, night-time and foliage, I had a feeling I was in for something special. Keiko Higuchi plays piano and vocalises – she has a history of out-there performances documented on Utech, Improvising Beings, Musik Atlach and Bishop Records, and has played with many Japanese notables, plus the American giant Alan Silva. To supplement her uncanny wailing and atmospheric, free-form piano runs, Sachiko adds her own voice, plus electronics, percussion, and the occasional folorn blast on the melodica. This isn’t Sachiko M., by the way, the lady who played alongside Otomo many times and appeared on the Erstwhile label, rather it’s Sachiko Fukuoka who is usually known as Sachiko and comes to us from a background playing in neo-psychedelic underground rock bands, such as Overhang Party and Kousokuya.

The label blurb gets pretty fanciful about the listening experience, promising “free spirits…magicians, witches, shamans…an intense and unpredictable sonic trip”, with the exhortation that we should all “dive into a new dimension”. However, these claims all hold up when you spin this remarkable record. I think their triumph has been to surrender to powerful unknown forces (emotional, spiritual) and follow them where they may lead, while at the same time refusing to wallow in an excess of sentiment or self-indulgence. It’s quite unlike the spirited, angry and aggressive music we sometimes have heard served up to us in the name of free jazz, especially that of the 1960s on the BYG label. Rather there remains a chilling core of certainty at the centre of the music, keeping the two performers in a stable state despite all the whirling madness that transpires around them. One wonders if this lack of aggression might be because we have women performers rather than men. Certainly both Higuchi and Sachiko bring a lot of compassion to this work, even as they freely delve into states which stop short of black-magic diabolery or a state of speaking-in-tongues agitation. They may be possessed by demons, but this does not prevent clear speech nor entail a frenzy of flailing and screeching. It takes a rare talent to control these forces, yet I sense this is exactly what we’re hearing on this powerful record. You’ll never settle for Patty Waters again! From 27th December 2018.