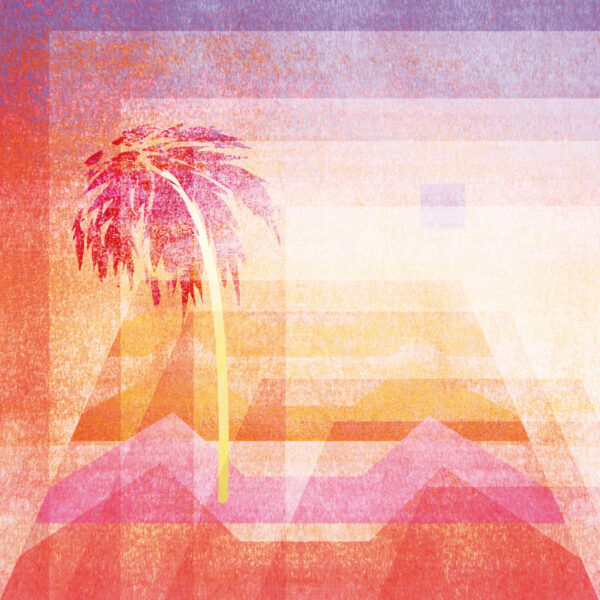 Solo record by Italian player Fabio Orsi is Sterminato Piano (BACKWARDS BW35) …we don’t seem to have heard from this electronica guy since 2009, when we got a copy of Find Electronica on the label A Silent Place. That same label owner also ran SmallVoices, and is now I think running Backwards in Apulia, and he expends a para or two of fulsome praise for his old companion Fabio; it seems Fabio Orsi has been sojourning in Berlin for about eight years, but recently returned to Puglia where he now feels able to preach the gospel of “patterns, sequence and dancefloor beats”.

The first side of Sterminato Piano didn’t do a lot for me, feeling like technically-proficient background music with no rough edges, but I found the flip ‘Sopra La Terra’ has a bit more sinew to its mandibles…it’s one of those combinations of beats and sequencer patterns that endeavours to create the feeling of a man in light footwear running endlessly through the city, probably fleeing some masked enemy who is hot on his shins. There’s that kind of quasi-sinister mood which could almost be lifted from any given Italian soundtrack album of the 1980s, especially a generic spy thriller with lots of car chases and shotguns. Orsi’s penchant for repeated phrases and limited tonal range made me wonder if there was a minimalist sensibility I’d overlooked before, so I went back to give ‘Ami Il Vento’ on the A side another spin. This time it felt a bit more encouraging, like a ride on a monorail through a futuristic city.

If you want to increase the sense of getting somewhere in life, this might be the album to play in the car stereo, except it’s only released on vinyl, and it’s doubtful if people still play CDs in cars. From 21st December 2018.