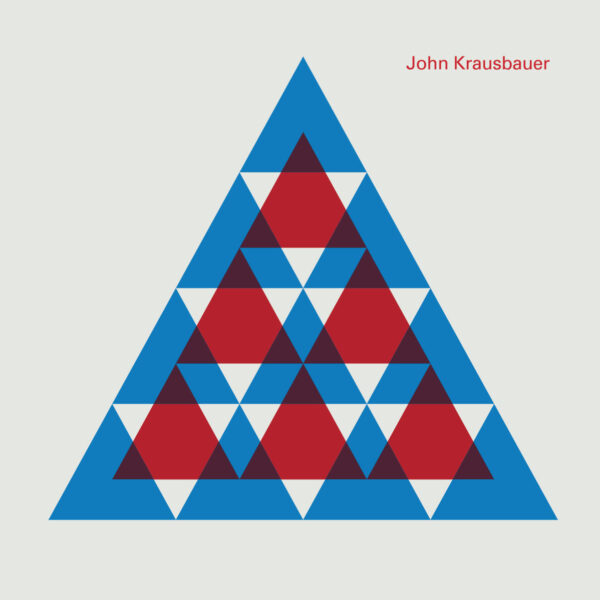 John Krausbauer was last heard with his 2018 release Beats for the Ants label in Italy, an experiment in long-form drones using three accordions to produce “trance psychedelia”. American player Krausbauer has been doing the minimal drone thing since at least 2010 with his Imager album, but interestingly he used to play in a droney rock combo Tecumseh before that. Tecumseh were a trio from Portland whose music has been tagged “doom metal”, but I’d like to think (without having heard it) they were one of these Sunn O))) influenced amplifier types who wanted to push rock music beyond its barriers into something resembling avant-garde sound art. Krausbauer also played bass in Trees, another Portland group who made a couple LPs for Crucial Blast.

Well, he’s here today with Paralleled (MUSIK ATLACH MA019), which comprises just two long drone pieces with non-associative titles ‘EM3’ and ‘EM4’ – it’s fascinating how minimalist musicians (and painters) opt for titling their work so it resembles a shipment order for factory parts, in order to make a clean break with the past of romanticism, or whatever. These drones may have been produced by electronic means, but he’s clearly aiming for a certain purity of sound, untainted by the mess of distortion which unfettered amplification may bring. I wouldn’t be surprised if he’s managed to eliminate human elements too, so clinical and near-perfect are these smoothly generated tones. Like Beats, it is very trancey music and the receptive listener can soon attune their bodily rhythms to the slow pace and pulsations buried within these steely blocks.

“Mineral rigidity, deepness and serenity” are the hallmarks of this work, according to the press note; since he toured Japan in 2017, this may account for how he secured a release on this Japanese label. From 27th December 2018.