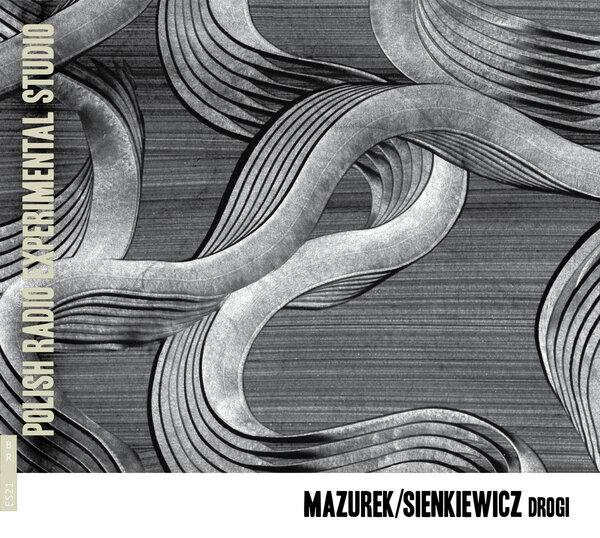 The album Drogi (BÔ?T RECORDS BR ES21) is the latest in a series showcasing Polish Radio Experimental Studio, from the label that gave us the extensive packages featuring the work of Eugeniusz Rudnik, Bogus?aw Schaeffer, and other notable composers active in the 1960s and 1970s.

Drogi is mainly a platform for eight short works under this heading by the contemporary electronic musician Jacek Sienkiewicz, but since he wants to pay tribute to the studio and especially the work of Bohdan Mazurek, we’re given a 13-minute piece by Mazurek to lead off the set. His ‘Little Electronic Symphony’ feels like quite a compacted conundrum on tonight’s spin, for some reason – many odd gaps, turnings that don’t seem to lead anywhere, deserted streets and strange lighting. I don’t think we’ve even heard a full piece by the fellow on the many Bô?t Records issues from the past, and he’s mainly shown up as a performer (or rather credited with “realisation”, which might not be quite the same thing). If Mazurek had some little idiosyncrasies, it might well be these very same qualities that have endeared him to Jacek Sienkiewicz, who confesses to feeling like a kindred spirit to him.

Sienkiewicz admits that Mazurek’s work strikes him as both very serious and very playful, and directly influenced by nature – to the extent that the composer was known to take long hikes in the mountains and go directly into the studio to start work thereafter. Mazurek is also reckoned to have had some influence on contemporary digital music, but you could say that about everyone from Stockhausen to Schaeffer, and (let’s be honest) a lot of people have been making these claims for years now. The slightly odd blanked-out feeling I got from ‘Little Electronic Symphony’ doesn’t seem to be found in Sienkiewicz’s work, at least not the exact same enigmatic vibe, but the eight parts of ‘Drogi’ are very well-conceived and executed and have an immediacy which I enjoy. His ideas here are clearly a homage to the “old” ways of producing electronic / musique concrète, but not done through self-conscious sampling or quotation, and he emerges with his individuality and novel ideas intact. While the music is often quite dense and complex, it’s also understated, and not laden down with digital processing or lavish effects, which is very refreshing to encounter.

Sienkiewicz owns that he has tried to “recreate” the world of Bohdan Mazurek with these studied and varied methods, using unexpected sources (including tapes from his own teenage years). What emerges is music that’s quite personal, imaginative, and touching. From 4th February 2019.