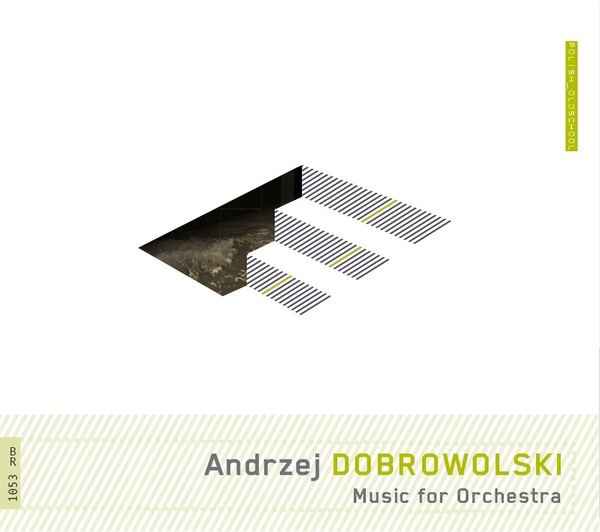 Music For Orchestra (BÔ?T RECORDS BR 1053 / DUX 1554) showcases the mostly non-electronic work of the 20th-century Polish composer, Andrzej Dobrowolski. Dobrowolski was one of the first users of the Polish Radio Experimental Studio since its inception in 1958, and I think his first electronic work appeared in 1962; his distinction is that he was one of the first Poles to work directly with tape, and to experiment with live performances mixed with tape playback. He was a collaborator with Eugeniusz Rudnik, although his work didn’t appear on the gargantuan 3-CD set Blanc Et Rouge in 2012. Dobrowolski’s principal electronic works seem to follow a pattern of combining one orchestral instrument at a time with the electronic elements, hence ‘Music for Magnetic Tape and Oboe Solo’, etc. However, not much tape/electronic on offer with the present CD, which surveys six of his orchestral pieces in chronological order from 1964 up to 1981. Plenty of long form drones, microtonal clouds of strings in the Ligeti mode, but also wild clashes and discordant moments when the brass section starts to get agitated and grumbly. Liner notes by Jan Topolski indicate the extent of influence of Stockhausen and the “Venetian School of spatial technique” on this music. From 4th February 2019.