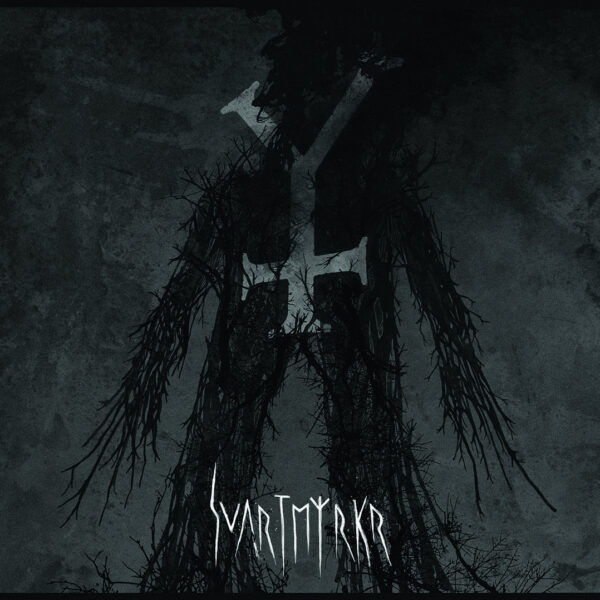 Truly horrible black industrial death music from MZ.412 on their Svartmyrkr (COLD SPRING RECORDS CSR257) album…I had a surfeit of these ghastly Swedish musicians around 2011, when Cold Spring reissued some of their “classic” albums and inflicted them on the world for a second time. Apparently the team of Nordvargr, Ulvtharm and Drakh have been laying fallow for a few years since then, and this is the first MZ.412 full-length release since 2006 (although there have been a couple of split releases with Column One and Trepaneringsritualen in the interim). I now find it odd that I personally used to find any attraction whatever in this grim, airless music, and although we were sent a 10-inch vinyl copy of Ulvens Broder last year, I refused to even review it, because of the unacceptable themes of violence against women which surfaced on the B-side. I can’t find any direct statements of misogyny on Svartmyrkr (which isn’t to say I recommend it), but to do it justice, it’s themed on Norwegian mythology and directly references Hel and Helheim. I assume this means a record like this is highly meaningful to many a Nordic person who is steeped in such traditions. All the familiar sounds are present – pounding drums, grim hollow chanting voices, blacker-than-black ambient drones, and nasty electronic grinding effects, and the six-panel digipak is covered with imagery of death and cabbalistic symbols. From 11th February 2019; coloured vinyl pressings exist.