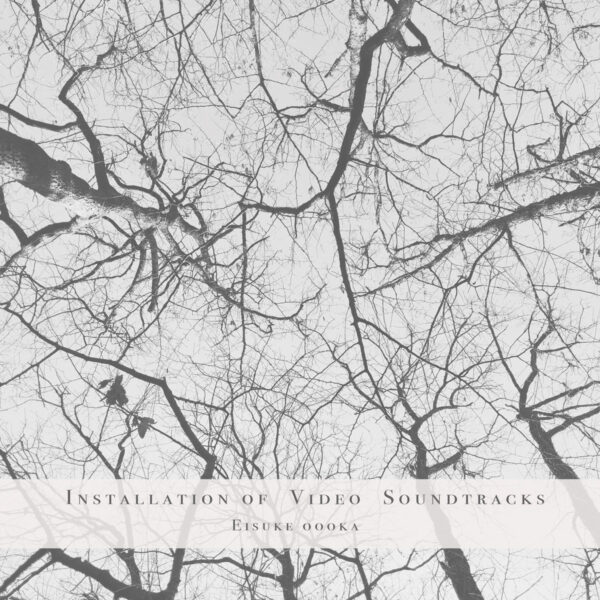 Japanese multi-media artist Eisuke Oooka works in photography and video as well as music – the title of his latest release, Installation Of Video Soundtracks (OVERSOUL SOUND STUDIO OSSSCD004), should speak for itself. Here are ten pieces of ambient-ish sound art composed specifically for use in his gallery installations. There’s a number of CDs on his own Oversoul Sound Studio label going back to 2008 (starting with Noah’s Ark), but his career in art goes even further back, starting with works in 1986.

Part of his intention with these soothing ambient sounds is to stir memories, or traces of memories, in the mind and soul of the listener. Some of his work crosses over into a New Age / healing context, which is not something I’m deeply familiar with, but there is certainly a benign vibe emanating from these lush and dreamy drones on today’s spin. Oddly enough the piece I liked most, ‘Material Market’, turns out to be unrepresentative of the rest of the set. ‘Material Market’ is disjunctive, contains heaving and banging sounds that are slightly alarming, there’s a discordant buzz in the ears…lots of mixed chords like eight full orchestras all playing at once, plus sampled voices. A real feast of sound, dense, and mixed.

For remaining cuts Eisuke tends to offer us one thing at a time, less dense, more airy; and the sense of panic is replaced by a sense of calm and serenity, especially on ‘Under Water’, which is the audio equivalent of immersing self in hot bubble bath (with scented oils, probably). However that’s just my personal predilection for unsettling noise. There’s something to be said for ‘World Without End (The Upheaval)’ which would indeed make a good end-of-days soundtrack, the poignant chords at the beginning giving way to a rush of martial drums as the military forces take over and destroy all that’s good about humanity. And I also have a soft spot for “desolate” styled minimalism, so ‘Dusk Of Museum (Middle Area)’ scores about four points of a possible ten, though I have to deduct marks for the tasteful “piano in the distance” musical additions, a touch which I find rather corny.

Cover art of bare trees, grey balloons, dried mud fields and empty white art gallery should give you some additional pointers as to Eisuke Oooka’s leanings. Lyrical and poetic for sure, but also slightly facile. From February 2019.