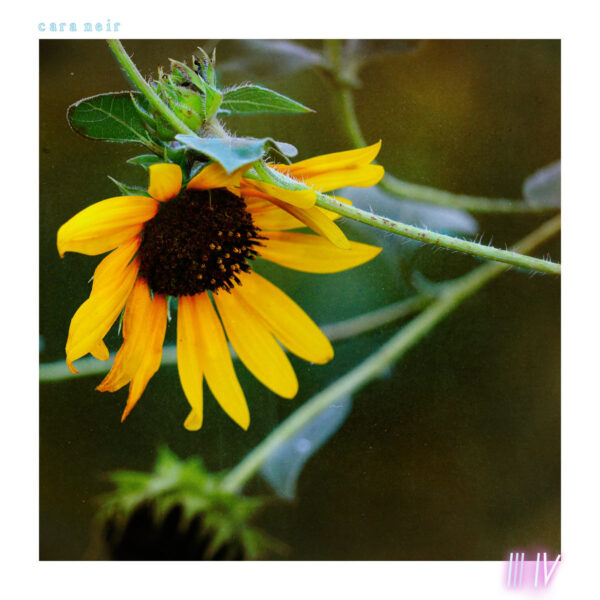 Contrary to the title, this album doesn’t directly follow from Cara Neir’s “Part I / Part II” which the duo released a decade ago: three other albums and several split recordings fill in the gap between 2009 and 2019 when “Part III / Part IV” was finally released. Perhaps the titling is a way of calling listeners’ attention to how far the band has progressed in ten years and invites fans to compare the current Cara Neir with what the band was when the duo were just starting out. Apart from this detail, this work is an interesting blend of various genres: black metal is present in Cara Neir’s sound and some of the guitar work but there are also elements of hardcore, punk, emo and post-metal. Songs all have a hard aggressive edge and are delivered in a fairly clean style that highlights more delicate and atmospheric mood music as well as maintaining the band’s more confrontational music tendencies. Riffs are solid, even chunky sometimes and the drumming approaches blast-beat speeds on several tracks. The screechy singing can be ragged and wearying when perhaps a less hysterical approach might suit the lyrics and their subject matter of self-loathing, failure and rage at a brutal and oppressive world created by humanity.
After a fairly straightforward hardcore intro in “Penance”, Cara Neir get stuck into the musical and lyrical anguish proper in “Absolution” and it’s here and in subsequent tracks that the duo’s full musical range comes to the fore. The wonder is that the musicians are able to segue from one genre to another and yet another in such a smooth way that, no matter how different the original genres might be, seems perfectly natural. In a single track these guys can be aggressive and hostile yet reveal vulnerability and longing. On top of that, each song presents as a cohesive whole, focused on reaching its end goal as efficiently as can be, not wandering off at tangents, and getting out of the way pronto for the next song when the lyrics have done what they set out to do. And if that weren’t enough, some songs like “Suffocating” actually have very catchy pop-friendly riffs and melodies!
The best songs on the album come in the second half with thoughtful and complex pieces like “Time is Terrifying” which features a long instrumental introduction of purely fragile and brooding ambient soundscape melodies before the main body of the song with its lyrics of self-hatred bludgeons its way to the fore. Even here, details of the music reveal an extra subtle ambient layer of background drone near the song’s climax. “Humanity Lost” is equally complicated and perplexing, the song abruptly jumping from sheer blocs of screechy aggro to quieter, dreamier mood music and back, and perhaps annoying the hell out of listeners who like their music to be less schizophrenic and jumpy. “Choke” brings in an unexpectedly tender and vulnerable side to the band with clear-toned vocals and a dark blues-tinged post-rock soundscape. The last track, featuring two guest musicians, has some of the moodiest, most atmospheric melodies on the album along with an icy-cold ambience in amongst the screaming vocals and the usual noisy hardcore / crust / grind racket.
This is a very accomplished album musically in many ways, even if the lyrics’ subject matter doesn’t change much and the singing (or ranting and screaming) can be tiresome and monotonous. The record repays repeated hearings: each time you hear it, you’ll swear there’s something new in the music or the lyrics, or about the Cara Neir men, that you hadn’t known the last time you heard it. The blend of different genres provides strong contrasts between them and accentuates each genre’s qualities.