Norwegian trio Miman are Hans P. Kjorstad, Andreas Hoem Røysum and Egil Kalman, last heard doing their pleasantly creaky trio improv thing in 2018 on the Ulme album. Today’s offering is Stora Mängder Rymdgrus (MOTVIND RECORDS MOT2CD) and is kitted out with a 17th-century engraving of heavenly bodies clipped from the works of Johannes Hevelius, as part of Miman’s plan to persuade us of their cosmographic leanings (as opposed to the forest-dwelling vibe of the previous LP). Stora is less folksy than that outing and attempts to project a more enigmatic aura, as the trio strive to take their collective actions down a more abstract and ambiguous path. There’s some pleasure to be had in the nice combination of instrument sounds – clarinet, bass, violin, modular synth and guitar – and the players occasionally manage a few engaging moments of sparkiness and friction, but mostly the music seems uncertain about where it’s going, as though the threesome lack a shared view of the direction of travel. This is in spite of the fact that Miman apparently worked hard to draw inspiration from “weightless objects and the speed and distance between them”, as they contemplated the chosen cosmic theme and used this mental plan to generate “inner images” that would guide them as they play. Kalman’s synth is supposed to add “unpredictability” to the equation, but the music still feels tame and ineffectual to me. From 11 March 2019. 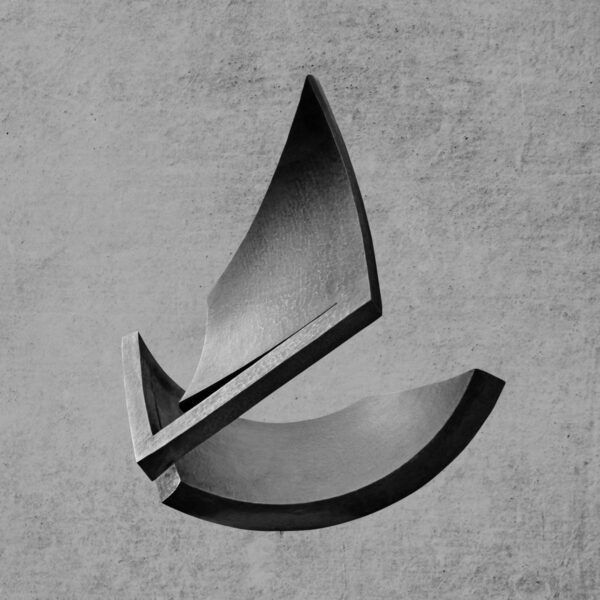 C.H.R.O.N.O.S. (KARLRECORDS KR067) is the latest from the team-up of German electronica guy Arovane and the Iranian sound artist Porya Hatami. Last heard them on 2018’s Organism_evolution, which was a concept record about microscopic organisms portrayed using short tracks. It was as bland as a blancmange, but at least had the benefit of an idea to frame the music; today’s record conversely doesn’t appear to be about anything at all, and the long-form mode they opt for simply permits them to meander in the sea of identikit ambient electronica, creating a product virtually indistinguishable from many other releases in this genre. (11/03/2019) 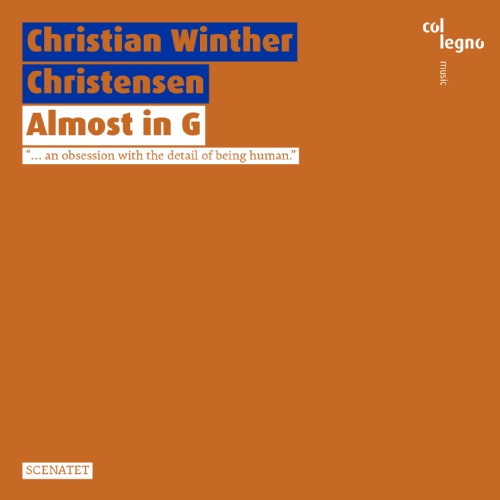 Christian Winther Christensen is a contemporary Danish composer, whose Almost In G (COL LEGNO WWE 1CD 20444) is a very impressive set performed here by a small chamber ensemble Scenatet under the direction of Anna Berit Asp Christensen. All acoustic, with your basic strings, woodwinds and brass (plus some guitar and percussion) but quite unlike anything associated with “modernism” or 20th-century avant-garde classics…on today’s spin I’m getting a very enigmatic vibe, mainly from the short phrases and halting, incomplete sentences, creating slightly unfinished musical dialogues that don’t appear to go anywhere, but do so in a very pleasing way. Elliptical, allusive. There’s also something intriguing about the non-natural sounds which I assume the musicians are being encouraged to bring out of their instruments (my means of scrape and rub actions), so that half the time the music comes close to a form of gentle, organised acoustic noise. Most sensible critics are abuzz about Christensen, who is one of a growing number of young composers who are classically trained, very much aware of the history of their field, yet mostly draw influence from their contemporaries rather than from the pantheon of Pendereckis and Stockhausens. A distinctive voice, for certain; recommended. (11/03/2019) 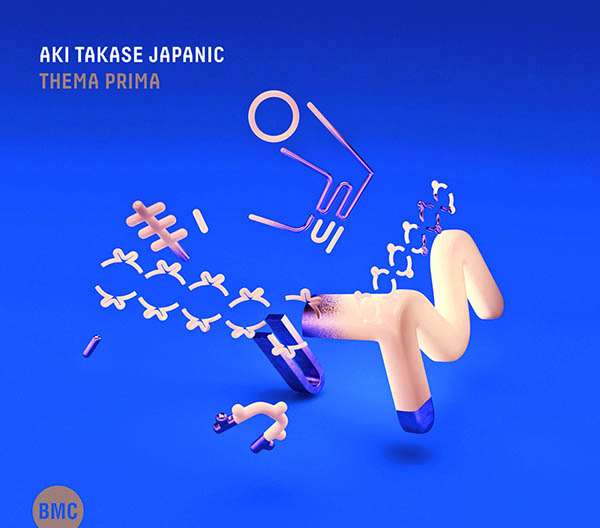 On Thema Prima (BUDAPEST MUSIC CENTRE RECORDS BMC CD 268), Japanese jazz pianist Aki Takase leads a small team of young Europeans (performing here as Japanic) through some changes on a lively set recorded in a studio in Budapest. Takase is a well-respected veteran of jazz, has recorded with some notable free players including David Murray and Sunny Murray, and has made at least two Duke Ellington tribute records. Even so I found Thema Prima too glib and facile for my tastes, leaning heavily on the surface sound of the John Coltrane Quartet and the Ornette Coleman trio. Takase, and her young collaborators, do this very expertly and with a clear zest for playing; and there’s an attempt to bring a contemporary edge to the record, through the turntabling and electronic interventions of DJ Illvibe. Slick, but heartless. (12/03/2019)