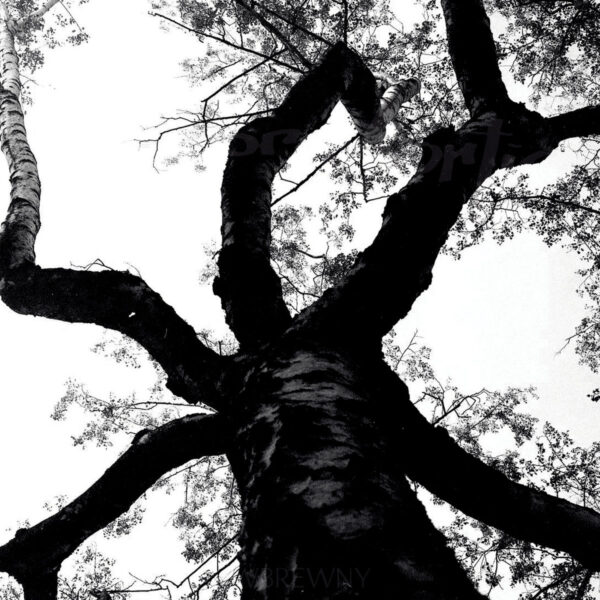 Rigor Mortiss are a four-piece of players, sometimes joined by vocalist Hans Seved Akesson on these eight studio tracks recorded at Hagal Studio in Warsaw. Resulting album Wbrewny (ZOHARUM ZOHAR 176-2) is a heavy beast, for sure. They seem to combine the most suffocating elements from stoner/death metal with dense dark ambient drone, and even add dismal hammery industrio-beats when the occasion demands it. All this, along with the vocals which are pure groan and grunt fetched from the deepest swamps of the soul, contrive to make an aggressive record that’s really hard to sit through. However, it has to be said Rigor Mortiss are probably aiming for a very deep form of catharsis, one that cleanses the being of the listener as surely as a case of cleaning fluid. “Songs about the fear, pain of existence, passing away…” is how the press notes describe the thematic content of this turgid lead-booted stomper, while openly celebrating it as “predatory music”, a haunting turn of phrase which may explain why I felt like I was being stalked, shadowed and menaced by a Golem-like ogre while listening to this monster. Their previous album Brud was released in 2015 on Requiem Records, but the curious listener is sent in that direction only so they may compare it with this current “reinvention” of the band. Even more curious listeners probably want to go further back and investigate the golden age of 1990s Polish rock, when Rigor Mortiss pounded out their first self-titled cassette in 1993 and caused much upheaval in the local culture. However, only two original band members (the singer and drummer) now remain, and of the two new members, Malgorzata Florczak seems to be one to the fore with his voice, samplers, synths, guitar and accordion, tilting the music in an avant-Hellish folk direction to compete with the suffocating industrial ruin of the rhythm section. Ugly, lumbering, brutish. Fabio Orsi has made an instrumental synth LP called Uncharted Waters (ZOHARUM ZOHAR 177-2) …we recently noted this prolific Italian fellow for his Sterminato Piano album, which was one chapter in the story of this born-again sequencer-and-beats fellow. Uncharted Waters is more on the melodic side, offering a single symphonic work across 35 mins, incorporating many changes and much use of filtering and effects to vary the surface textures. At least it’s not pointless meandering ambient drone, and there is some forward movement taking place in among the very simplistic piano tunes and rich layers of synthetic outpourings. It’s a bit hard to read this overly nice material as “a journey into previously unknown areas” as the label would have it; it’s more like a pleasant cruise on some rich millionaire’s yacht around the coasts of some cosy holiday resort. Different State is another alias for Marek Marchoff, who’s the genius behind 23Threads – a quasi-pagan Polish drone and spookster vocal act whose work continues to appeal to me on some ghostly level, partially due to the eccentric personality which Ingrid Swen brings to that particular equipe. Today’s Marchoff offering is an uncategorisable carton of electro-mystery-song called Enormous Components Of Motor Unit Vol. 1 (ZOHARUM ZOHAR 175-2), packaged in an attention-getting hexagonal cover which folds out into six panels, all bearing intriguing photos…some of which appear to be drawn from the parlour of some diabolical 19-century magus of Old Europe. Eight songs and tunes are delivered in an extremely idiosyncratic manner, with plenty of treated vocals and treated synths, plus foreign elements brought in to unsettle the rash traveller who dares enter this cabinet of curios. When singing, Marek Marchoff gasps out his cryptic verbiage in harsh and alienated tones to express the drift of his bitterness, depicting various conditions of lostness and desolation. The music is highly creative, forming impressive layers of dusty hand-made electronic bursts which barely hang together, described in press notes as both “illbient” and “atmospheric”, although we’ll need some new twisted terms in the lexicon of misery to come close to capturing what Marchoff is doing here. Joined on one track by Ingrid Swen, for an early moment in the set which fools you into thinking this is “merely” a set of dark cabaret songs grabbed from the bleaker half of Marianne Faithful as she tried to morph into Nico during a Brecht-Weill all-nighter in East Berlin…instead, the rest of the album takes a different course into the increasingly off-kiltre and tilted horizons of Marchoff’s rotted brain box, revealing glimpses of blind anger, paranoia, future-shock, and just plain depression. In all, an excellent statement of disaffected electro-murk from this self-exiled pariah.