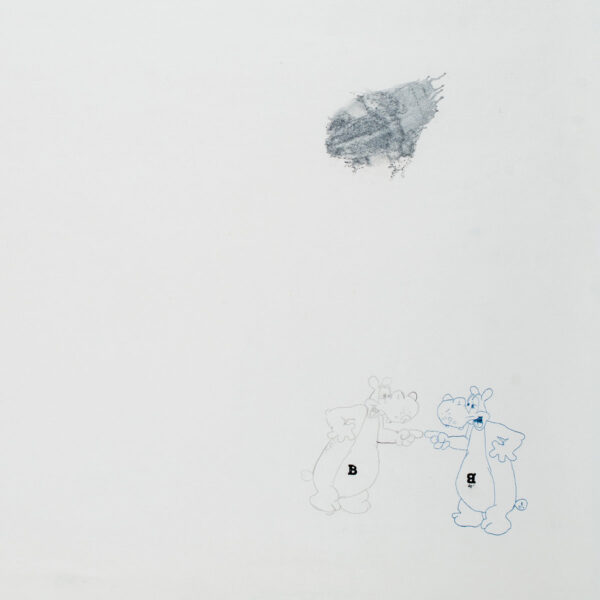 Twist is a new piece of sound art from French creator Yvan Etienne who we last heard with his 2014 offering Feu, which gave us some idea of his taste for long-form explorations and his thirst for asking poignant questions about the nature and meaning of audio phenomena. He continues to probe these profound areas of interrogation on Twist (APOSIOPESE APO 14), with two lengthy pieces of quite baffling sound; like most of his work, they may or may not be related to his site-specific installations, and he’s still asking questions about our collective memory and shared perception of sound.

On ‘Cinq Réflectances Inversées’, this takes the form of slow-moving, barely perceptible rising and falling sounds, sometimes mixed with the friendly crackle of radio static…it’s about as abstracted as you can get, and one would find it quite a challenge to discern anything as prosaic as “field recordings” or indeed any recognisable source material in these vague hummings and emptied-out drones. If Yvan Etienne likes to deal in riddles, so far this could be read as one of his most successful pieces yet, summoning a ghostly presence that requires we account for it in some way, yet it refuses all normal modes of enquiry. Noting the “cinq” in the title, I’ll concede there may be a five-part structure in operation here, but to discern it one would have to be paying close attention, have a very good memory (memory is explicitly named as one of Etienne’s ordained requirements), and keep careful notes. As it is, I can barely glimpse the outline of anything here; it’s like being asked to put a cloud in a box after catching it with a butterfly net.

The second piece, ‘L’Énergie Du Non’, has a little more substance. This is a series of minimal drones produced with great attention to detail and nuances of colour, light, shade and tone; none of your automatic-pilot ostinato bleating this morning. If Yvan Etienne could be said to work to a formula, then one hallmark is the simple juxtaposition of two unknown sounds, which are layered together for a very long time to see what shared ground may be occupied and how much mileage there could be in such an experiment. This one comes even closer to the feeling of flying in the sky – the whole of Twist would make a perfect soundtrack to a dream state and would likely induce continual visions and sensations of flight.

It’s also to his credit that Etienne avoids many of the pitfalls associated with phonographic sound art, and the one thing you can say it that his work never sounds banal or commonplace. Further, one is tempted to speculate on the title in this instance – it’s intriguing to imagine this sounds as a sort of “negative energy”, the energy of nothing, or the power of saying “no”. It’s nowhere near as nihilistic as you might suppose, and instead turns out to be quite empowering. Perhaps by saying “no” at the right time you can suddenly free yourself to see all the many other options available to you. Perhaps records like this one are just what we need to help us perform these thought experiments, these mental exercises to help us find out way back to freedom. From 14th March 2019.