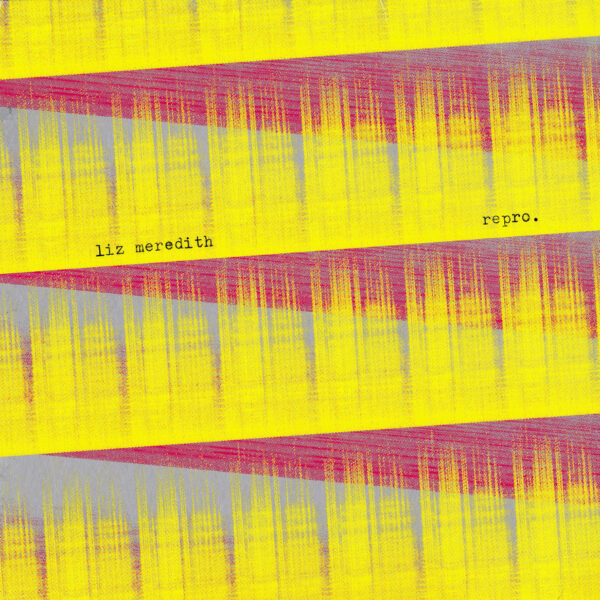 Good vinyl record of simple, modernist drone-based minimal composition from Liz Meredith on her repro (SPLEEN COFFIN SP-47-LP). Meredith is a composer and viola-player based in Baltimore. She does it with the viola, tape loops, and electronics, and makes much use of repetition and distortion, in particular making a virtue out of tape glitches and faults in playback, plus amplifier distortion and speaker crackle. In places, she almost seems to be playing the tape recorder as an instrument, manipulating knobs or switches to generate a certain amount of intonation. Like others of the minimalist persuasion, Meredith also opts for long-form duration on two of these four pieces, which stretch out for around 12-13 minutes as they gradually accrue small, discernible changes and developments. And, like many post-modern types, she doesn’t believe in titles or names that would colour the work or give the listener too many associations, so everything here is simply given a number in lower-case roman numerals.

Yet she doesn’t neglect the emotional pull of music. ‘i’ in particular offers a viola sound which contains a good deal of worldly sorrow and melancholic feel in its attenuated surface, yet still remains true to Meredith’s scheme of process-based, stripped-down minimal music, generated by economical means. I suppose part of her compositional goal is to see how far she can take these ideas. Yet perhaps she doesn’t quite push far enough; all the pieces start out well, but don’t develop much nor take the listener very far down a particular path, and it seems that in most cases Meredith’s only strategy for ending the piece is a slow fade. Even so, she creates a surface sound that you won’t forget in a hurry, and there’s an honesty and simplicity at work here that can’t fail to charm you. The cover art is spectograms, representing her own music. From 7th March 2019.