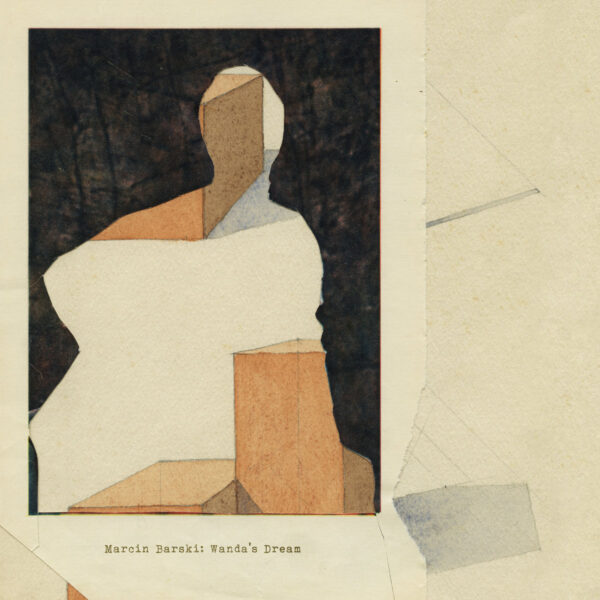 Got a couple of items related to Derek Baron, an audio mastering technician who evidently does his own field recording thing on the side…the first of these, Recollects, I will have to park for the time being. The second is a perplexing item credited to Marcin Barski and called Wanda’s Dream (READING GROUP RG12). Barski is an audio-installation artist who has presented his work in a cultural studies context, and is based in Poland. Apparently this album is built from found tapes, which he picked up at flea markets around Poland, much like Mark Vernon has done in this country.

Barski performed a mixage-collage to create today’s record. But he’s also spinning a yarn. He tells us that all the tapes belonged to a fellow named Jan, who documented vast amounts of his everyday life on these cassette tapes (Barski waxes lyrical about the 1980s being a golden age for this home recording thing). From the available evidence, Barski has reconstructed speculative stories about Jan and his wife Wanda, basing it all on the conversations apparently documented on these tapes. From this point, our man Barski digresses into various philosophical, cultural and political digressions, all of them printed on the back cover – in a text which is itself an excerpt from a much longer essay. Personally I don’t believe a word of it…even if he does conclude it all with the phrase “true story”. Very little of what he describes in such painstaking detail is actually audible in the grooves, and it’s certainly very hard to connect his ideas to what we hear on the record. No conversations, as far as I can make out – just lots of layers of radio broadcasts, and the sound of Wanda snoring in bed.

Admittedly there are some snippets of audible dialogue scattered about this four-part suite of sounds, though since everyone’s speaking in Polish I’m a bit left out of things. Half of it is likely to be radio announcers, not Jan speaking. Perhaps we’ll learn more about these conversations if volume 2 is ever released. Even so, Wanda’s Dream works as a minimal sound-art installation thing, a radio play with no story…if you love the sound of radio signals, and distorted speaker crackle, you’ll have a good time hearing these broadcasts of popular classical music drifting over a very uncertain foreground. The addition of the snoring sound is especially poignant, for some reason; it’s as though Wanda is dreaming the whole LP, an interpretation which I think we’re being encouraged to entertain. That adds a touch of lyricism, if not downright surrealism. It’s not a million miles away from Mark Vernon’s work in this area, except Vernon always appears to be interested in people and meaning, and finds rich depths within the fragments of disconnected, out-of-context fragments he collects and collates. Barski doesn’t appear to care much about any of that, and is intent on offering a sublimely uneventful experience, where the people and the sounds are almost incidental to what he’s trying to prove. I suspect this is too subtle for my poor brain today. From 1st March 2019.