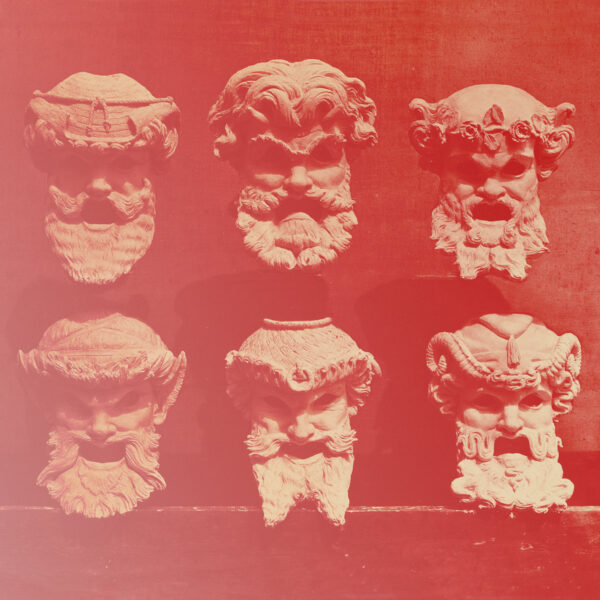 Record of improvised music centred around the feedback phenomenon. The duo of A Spirale are two Italian players, Maurizio Argenziano and Mario Gabola, who have surfaced around here before as part of Strongly Imploded, an unusual combo with fluid membership. They also play in Aspec(t), Grizzly Imploded, and Genital Warts. For this record Autocannibalism (INSUB.RECORDS insub.rec.cd02), Argenziano does it with an electric guitar, Gabola does it with a saxophone, but they’re both wallowing in controlled feedback like insects in jam. Perhaps wallowing is too florid a word; considering the rather severe flavour of the music, they’d have to be insects who are also control-freaks and accountants.

They’re joined in these exploits by Chris Cogburn. He is a percussionist and also has “true grit”, like his namesake in the famed John Wayne movie. Applying electronic devices to his kit allows him to feed back too. So far I seem to be making it sound like a dry exercise in process and noise-generation, but in fact there’s some very subtle instrument playing going on here too. Strings clanked, objects pushed about, metal scraped. All with deliberation and stern focus from the three. I have the sensation of being in the world’s slowest traffic jam on a very hot day.

As well as the humming vibrating non-music, you get some elaborate track titles, some of which read like essays from a scientific journal. A journal as edited by Salvador Dali, that is, who also did a famous painting on the theme of Autocannibalism. Plus there’s some masks from classical antiquity on the front cover. A fine groover from Cyril Bondi’s INSUB label. Came in 17th April 2019.