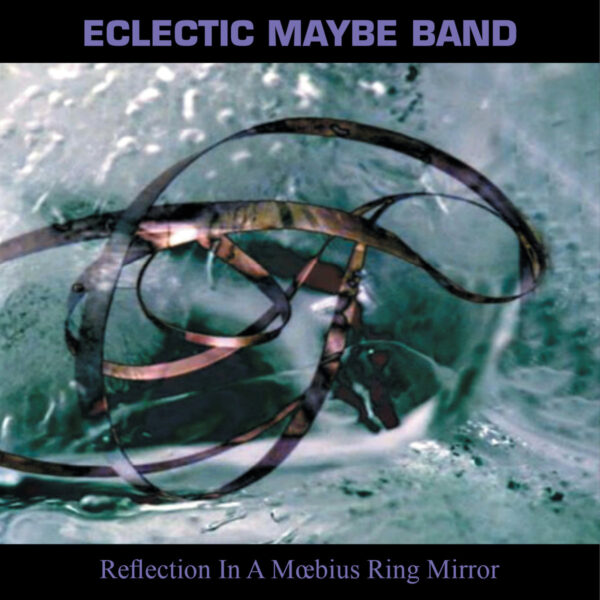 I see I was pretty dismissive of the last offering from Eclectic Maybe Band who released The Blind Night Watchers’ Mysterious Landscapes on Martin Archer’s label and which we noted in May 2018. For one thing I assumed they were a “new” band and overlooked that Guy Seger is the important veteran player who used to play bass in prog band Univers Zero (who I think were also tagged with the “Rock In Opposition” thing for a while). Today’s offering Reflection In A Moebius Ring Mirror (DISCUS 83CD) is somehow making more musical sense and in places is even quite enjoyable to listen to. Perhaps this is because of the large number of musicians who have contributed to the “project”, including Martin Archer himself, and the post-production process, which seems to have been pretty major. This means I’m enduring less of the excessive guitar work of Michel Delville, and getting more of a jazz-rock supergroup vibe in the room as all these separate parts coalesce into pleasing wholes. This working method has also been used by Archer too for many of his projects, so maybe that’s another segment of the Venn digram. The “lack of form” and meandering which troubled me last time has either gone away, or I’m getting more in the right frame of skin for digging these open-ended compotes and creamy delights.

Not every single piece is an outright gem – ‘Day Of The Tsunami’ shows how badly their improv skills can flounder and descend into an indigestible sogginess, but a lot of this material comes close to delivering on the promised “fascinating collision between the worlds of jazz-rock, improvisation and song-form.” Did I mention there’s a singer too? Carla Diratz adds her iron-like tones to certain pieces here, and while her voice may be an acquired taste (somewhere between Abby Lincoln and Shirley Bassey), it kind of works when she doesn’t recite bad poetry and just does wordless vocalising like Clare Torry. For those of you who like to keep scorecards, the exact details of personnel, studio and dates are provided, as well as a very precise case history of how each track was assembled, on what basis, and when samples / loops etc. were added. From 31 May 2019.