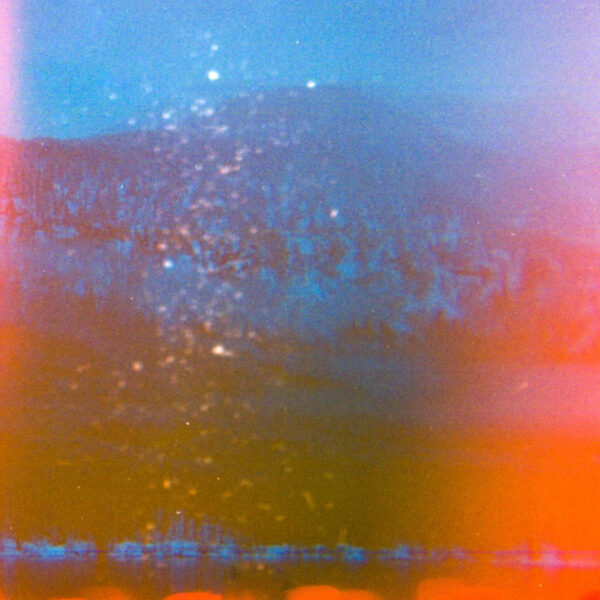 From Slovenia, a new record by Jaka Berger which it’s a pleasure to receive. We first heard from this prolific and uncategorisable fellow in 2017 with his Fragments Of The Present record, a solo percussion / resonator piece which he made under his BRGS alias. Today’s record, I’m Dead And I’m In Feldman’s Heaven (NO LABEL), is credited to himself and Dejan Berden; Berger composed the piece, recorded it, and perform with his prepared snare drum and modular synth, while the backbone of the work is supported by the hard-working fingers of pianist Berden. The trio of creators is completed by Spela Skulj, who did the cover artworks and treated colour photographs (which might be landscapes in disguise); the cover evidently has a part to play in setting the mood for this abstract, profound music; and it’s somewhat telling that the title doesn’t appear anywhere on the front cover or spine.

As you may have guessed by now, this composition is dedicated to the music of Morton Feldman. Mortie’s music is at the top of many lists in my personal musical universe, so it’s good to encounter a soul who feels a similar way. Jaka Berger’s highly personal take – is there any other way to experience the music of Feldman? – is to stress the “other-wordly” and “non-earthly” dimensions of it, and how he finds that listening to Feldman never fails to transport him to this “place full of calm and serenity”. Now, in music and sound, he attempts to describe what this place is like. This is a good thing to be doing. Despite the piano dominating this work, it’s not explicitly intended to be a pastiche or copy of Feldman (many of whose most famous and important works are indeed scored for that instrument), but rather serves as a framework, into which Berger can gradually unpack and unfold his ideas. One of them is silence, for sure; he uses silence in this composition in a very imaginative and effective manner (more so, dare I say it, than the highly contrived and stern silences we often get from the Wandelweiser composers). Another element is the electronic music, subdued tones and trills dotted around the space from Berger’s modular synth. Plus of course the eerie plucking sounds from the prepared snare. Everything is just so, positioned perfectly in this imaginary space which the musicians succeed very well in creating; yet it doesn’t feel pre-programmed, or artificial, each element exists or is created in an extremely intuitive manner.

All of this means we share the same sense of discovery and wonder which I assume Jaka Berger is aiming at; no foregone conclusions, we don’t know for certain where this is going and it’s not even clear if it is going anywhere. In form and structure, at least, I sense this isn’t really on the same order as one of Morton Feldman’s simple yet elaborate carpet-designs in sound, yet it’s somehow coming from the same dimension. It also has something all of its own, a melancholic and very forlorn tone, and the abiding sense of strangeness. Yet the listener is not alienated and confused; rather, one is compelled to stay, and keep listening. If you’ve had similar experiences with Feldman’s music, you’ll be right at home with this record. Highly recommended. From 24 June 2019.