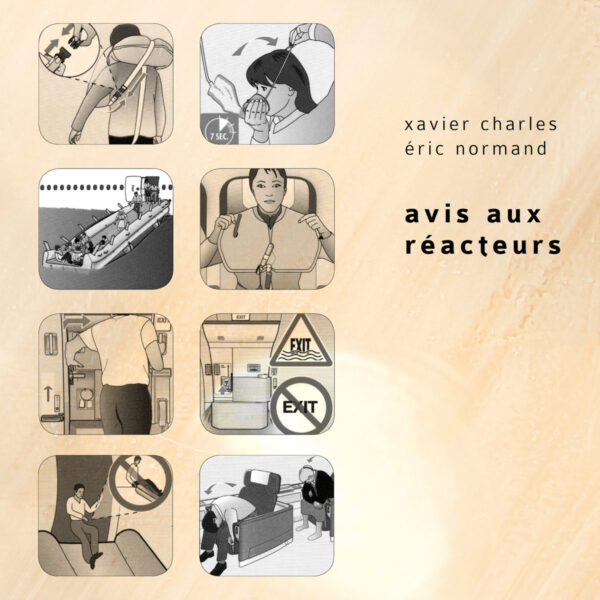 A 2018 release from the Slovenian label Inexhaustible Editions, run by László Juhász. The label has a small but very select catalogue and has been home to some unusual instances of solo and group improvisation, reduced playing, and conceptual compositional music. Today’s record Avis Aux Réacteurs (ie-009) however is pretty much “pure” free improv, provided by a couple of French geniuses whose work is not unfamiliar, Xavier Charles is the clarinet player, while Éric Normand has appeared on French-Canadian releases on the Tour De Bras label. He once again plays his bass and percussive objects set-up, and the duo create a fine mesh of scrapery and dronery. It’s one long live set, 35:14, with little “chapter headings” printed on the back cover to indicate the drift of their musical discourse. Evidently, it’s something to do with machinery found in blast furnaces or similar factory sites, if I understand words like “compresseur” and “réducteur” correctly. Of course the “Réacteurs” of the title may be referring to nuclear reactors, which indicates a slightly more life-threatening bent to the work, while the cover art is sampled from passenger airline safety diagrams. Glimpsing the oxygen mask graphic here, I had it in mind to search for some sort of metaphors for the act of breathing, which we could use to connect to the actions of Xavier Charles, but I think this is a very tenuous connection for me to be making. From 17 July 2019.