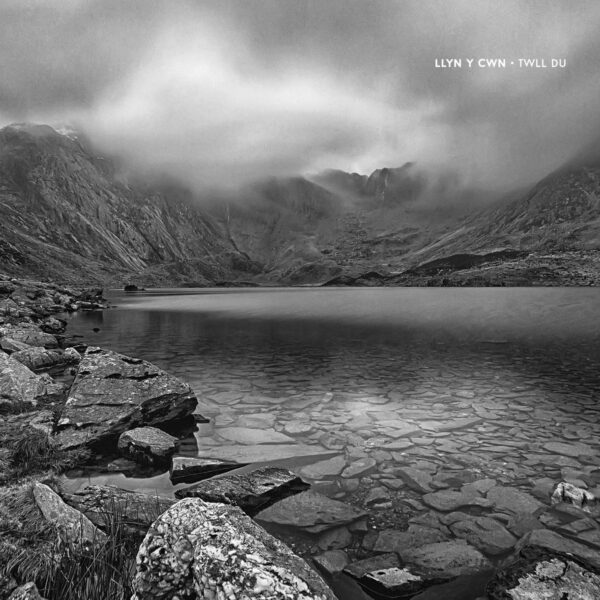 Good set of slow atmospheric drones from Llyn Y Cwn on the album Twll Du (COLD SPRING RECORDS CSR254CD). This is marketed as a “dark ambient” item, but that’s to be expected given it’s on Cold Spring Records, a focal point in the UK for all that’s cold and blackened. Spend a few minutes in company of this and you’ll soon appreciate it’s actually more of a “landscape” record, themed or based on site-specific field recordings around Wales, and attempting in sound to portray the grandeur of these mountainous views.

Indeed we are referred to a particular part of Wales, that of Lake of the Dogs in the Glyder range in Snowdonia, and the “Devil’s Kitchen” which is a natural cleft between two mountains and a feature which make for an awe-inspiring sight (and a good climbing walk, I imagine, for them as owns the boots). To further this impression of a trip to the mountains that is likely to end in doom, the title of the album Twll Du translates into English as “black hole”. Putting aside these feelings of ominous anticipation for one moment, the creator Llyn Y Cwn – who might be Benjamin Ian Powell – is a serious scientific technician who is employed at Bangor University, and has travelled beyond the seas on numerous research trips, for instance to the Arctic. He composes a lot of his best music during these long sea voyages, a noteworthy fact, since something of the nature of ocean travel and the sea itself seems to be have passed into the grain and fabric of these works. I mean the music resembles a torpid, oily swell such as you might find north of the Faroe Islands, where the waves are as majestic and proud as surely as if they were made out of living concrete.

Photographs of the mountain views by Llyn Y Cwn – printed in stark black and white – are printed on all six panels of this digipak release. Given all this contextualising, and strong interest in the natural environment, I wouldn’t be surprised to find his work appearing on the Gruenrekorder label next. Very good. From 29th July 2019.