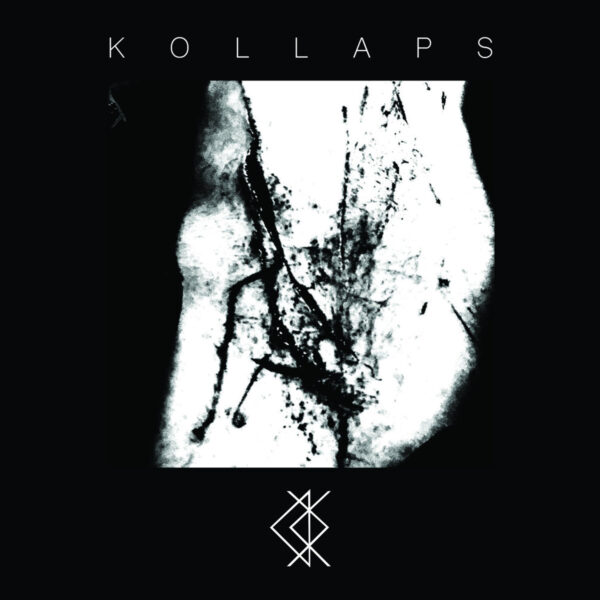 Pretty hideous industrial noise racket from Melbourne in the form of new trio Kollaps, with their second release Mechanical Christ (COLD SPRING RECORDS CSR269CD). It might be they take their name from the famous 1988 record by Einsturzende Neubaten, and like those seminal Germans they are not averse to using scrap metal as percussion, but Kollaps is a common enough word (and has been used by other noise acts too). Kollaps are arguably a bit more diverse than other combos in this arena in that they do offer “songs” of a sort, and vocalist Wade Matthews is pretty remarkable for the way he just emanates poison and nihilism from his gut as he screeches his indecipherable words into a distorting microphone. Robin W. Marsh is the drummer, but this duo seem to have upped their ambitions recently by recruiting Damian Coward, who supplies bass guitar, percussion and electronics, and does recording and production work for them too. Coward is something of an “old lag”, having performed in such hardcore horrors as Heirs, The Night Terrors, Brisk, and High Tension, all names which probably strike fear into the hearts of many around the Australian continent. Mechanical Christ is heavy going; plenty of pounding percussion, unpleasant electronic noise, extremely monotonous and limited harmonic range, and vocals which are heavily treated by whatever studio process is available to help induce states of fear and despair in the listener.

What with the grim music, the all-black cover, the ambiguous image on the front which might be a close-up of scar tissue, and the use of a “rune” or monad, my first impression was of a retro act which longed for the “glory days” of the 1980s when The Birthday Party and Severed Heads ruled the Antipodes like twin dictators of harshness. This isn’t in my line to be honest, but will admit that Kollaps do have a certain talent for managing the dynamics in their performances. The title track ‘Mechanical Christ’ is one good example; not as remorseless as the earlier cuts on the album, it exhibits an eerie control over the dangerous elements they’re playing with, as if aware that a tube of nitro could explode in their hands at any minute. It instils the chilling, paranoid condition which I assume is what they are aiming for. Indeed, the press notes speak warmly of the band’s “violent and nihilistic stage performances”, and indicate that the “themes” of their work include all kinds of morbid and unhealthy subject-matter.

I’ve no major problem with any of that, and I’m all for a good dose of catharsis, except for the implication that all of this nastiness is fundamentally part of current society anyway, and all these innocent bystanders in Kollaps are doing are reflecting the “truths” of things like exploitation, slave labour, and vengeance. Well, I would say that as with many of these depressive industrial types, it’s the band members themselves who have chosen to adopt this negative interpretation of everything, chosen to apply a highly selective tunnel vision to the world, and their music reflects these choices; blaming it on society at large is a pretty lame excuse. Degraded music for wasted minds…from 29th July 2019.