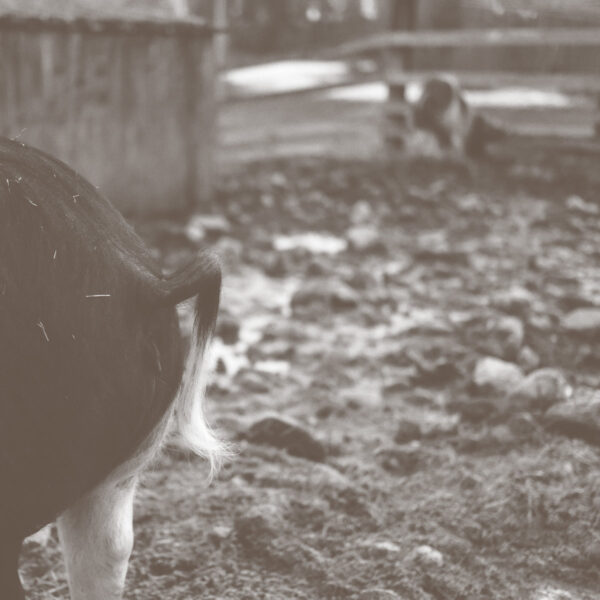 Although once a drummer, Aussie ex-pat and Sweden resident John Chantler surrendered his early rhythmic pursuits to a growing enthusiasm for modular synths – and of the illusion of control to the joy of discovery – one module at a time. With his first purchase, a Roland SH-101, he embraced the accidents born of capricious twists and turns of the dial, inadvertently leading to a sporadic series of collaborations with varied yet similar seekers of the serendipitous including glitch-pop darling Tujiko Noriko and, more recently, the indomitable drummer Steve Noble. 20 years down the line and on his fifth recording for Lawrence English’s Room40 label, his attention spans the 40-something modules of a system fairly recently installed at the INA GRM studios in Paris, where he was particularly taken with its 16 sine wave oscillators, the many ‘happy accidents’ they produced and the sense of sound ‘blossoming’ in this man-machine interaction.

Recorded as a commission in 2018 for INA GRM’s Présences Électronique festival, Tomorrow Is Too Late is billed as Chantler’s ‘most dynamic work to date’; a set of ‘uncompromising sonic articulations’ endless in direction and microtonal detail to linger over; fitfully fizzing, bubbling, gliding and grinding in gently interwoven episodes. Obviously, one occupational hazard challenge faced by every short-term resident in the GRM studio – Marsen Jules being a favourable example – consists in transmuting one’s kid-in-a-candy-shop gusto into a coherent listening experience i.e. a composer’s exuberance doesn’t always translate into a listener’s delight. However, Chantler seems conscious of this risk even as he gleefully relates abandoning ‘the idea of getting in tune’ and finding himself absorbed into the weft and warp of capricious tones and unrepeatable events, because for the most part evidence suggests an intention to balance attention to detail with the broader structural demands. Over these two sides of molten concrète, he nurtures each magical discovery from accident to adulthood in a sustained process of enquiry with many moments of mystery and warmth.