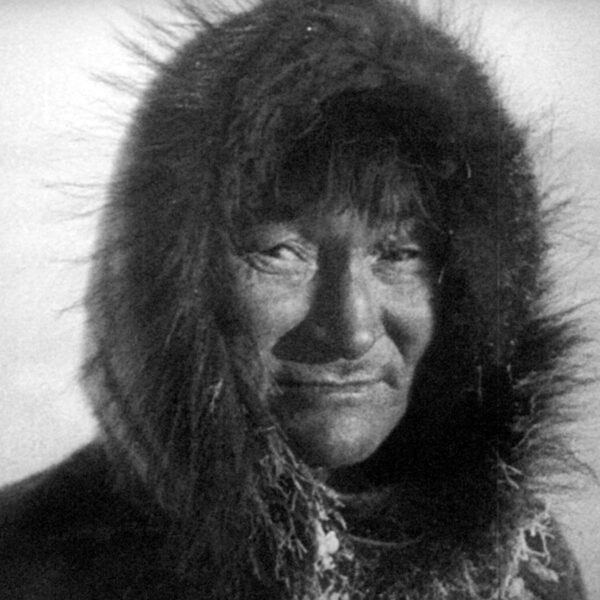 Christine Ott and Torsten Böttcher worked together to make this instrumental soundtrack for Nanook of the North (GIZEH RECORDS GZH93DP), the famous 1922 silent movie created by Robert Flaherty. Ott is a French composer and musician who’s skilled at playing the Ondes Martenot, that somewhat exotic electronic instrument that featured on some Messiaen pieces, and as such she’s often in demand as a session player; she’s also done another Flaherty soundtrack, for the 1931 movie Tabu which was made in collaboration with the German director Murnau. Today’s soundtrack is all percussion however, mostly the sweet piano fugues of Ott with additional gong and percussion work, while Böttcher adds didgeridoo and kalimba, plus the Swiss percussion instrument the “hang”. Flaherty’s film, which he made among the Canadian inuits, is recognised as one the earliest full-length documentary features, and also one of the most successful commercially. It’s created some controversy over time, since some of the action appears to have been staged for the camera, and Flaherty is said to have cast and directed the locals like actors rather than simply filming them; this may prompt questions about how “authentic” it is as a documentary. However, Ott doesn’t appear troubled by any of this, and the music appears to accept the film at face value, producing strains and tunes that are in sympathy with the family life of the inuits on the screen. Very melodic and accessible music results, with strong narrative elements. (19/09/2019) Four major European players come together in the group Dans Les Arbres. They are Xavier Charles, the French clarinet player; Ivar Grydeland, the Norwegian guitarist; Christian Wallumrod, the pianist; and percussionist Ingar Zach from Oslo. We’ve heard work from most of these over the years in other solo and group contexts – for instance Grydeland has played on many Hubro releases and indeed has made solo records for that label, and Xavier has impressed us as a member of The Contest Of Pleasures. Little did I realise this group Dans Les Arbres has been playing and touring for 15 years, with releases on ECM and Hubro to their credit; Volatil (SOFA MUSIC SOFA576), their fourth release, is a single track (53:16) documenting a live performance in Bolgona and titled ‘Ramure, Brindille, Surgeon, Fleche’. Based on this, Dans Les Arbres are evidently not subscribers to the minimalist school of improvisation, and while this music may be understated and exercises due restraint, it is full of incident, texture, and very pleasing combinations of sounds. No use in trying to analyse the separate components, nor to single out individual players; the group dynamic is extremely strong, and what results is a cohesive and integrated statement. I especially like the fact that repetition and patterns are allowed, thus avoiding the pitfall of aimless, meandering improv. Very good. (18/09/2019)